At 83, former minister and politician Delphine Zanga was sworn in to join other board members of the electoral commission – ELECAM.

News of her appointment on Wednesday, October 16 has shocked Cameroonians as the veteran politician is gait and unable to even support herself.

Wheeled to the ceremony, Delphine Zange could barely stand or move around without help.

While the former politician and minister has worked for over 30 years in different capacities, it is shocking that the government continues to place responsibilities on ageing people while a bunch of educated, agile and more active brains are ignored.

This raise doubts to the president’s continues reminder that youths are the future of the country.

Her appointment remains a talk on social media. Why should an ageing and incapacitated woman with such brilliant background not be allowed to rest after years of service? 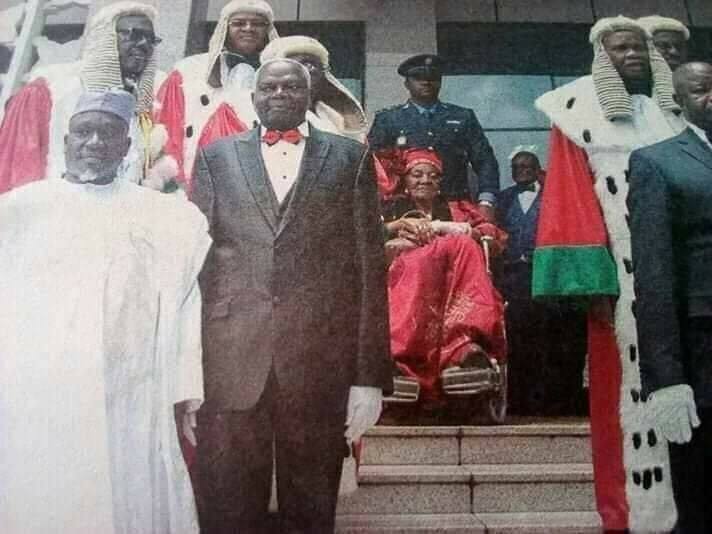 She then moved to Toulouse where she obtained a state nursing diploma. In 1960, she returned to Cameroon and worked in Yaounde, Garoua and Dschang hospitals.

In 1964, she was elected National President of the Women’s Council of Cameroon and elected to the National Assembly of Cameroon in 1965.

In 1972, she was appointed Deputy Minister of Public Health and made Minister of Social Affairs in 1975, a position she held until 1985.

From 1966 to 1993, she chaired numerous international committees (CIF, MULPOC, CEA, UNESCO, etc.) and was also president of the African Regional Coordinating Committee for the Integration of Women in Development.