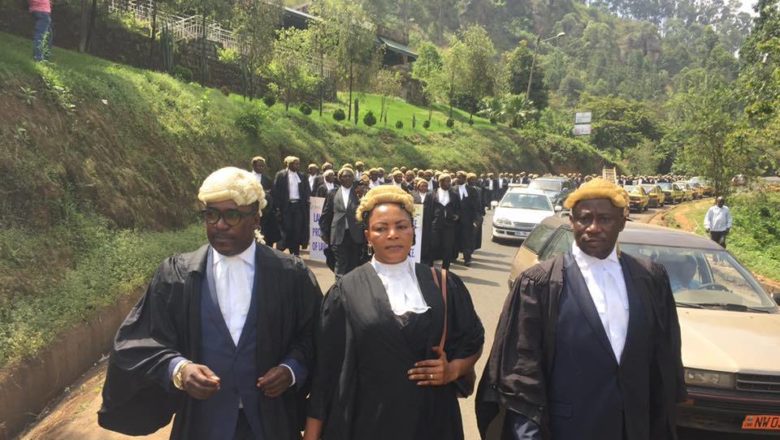 Cameroonian lawyers may go on a nationwide strike again.

According to a press release issued by the Bar Council, they are ready to start a nationwide strike from November 30, to denounce the detention of their colleagues.

“Called for a nation wide strike from the November 30 to December 4, 2020, during which no lawyer shall attend court,” a section of the release reads.

According to the press release, the lawyers will not appear in court or take part in any criminal case across the country, until further notice.

“…Suspended, until further notice, the appearance of lawyers in criminal matters in all the courts throughout the National territory, including the Supreme Court and the Special Criminal court and also suspended all appearances by lawyers in all courts dealing with electoral disputes, including the Constitutional Council; after the nation wide strike action”.

In 2016, lawyers and teachers launched the Anglophone crisis with a strike action. This will be one of the strongest decisions taken by the Bar council so far.