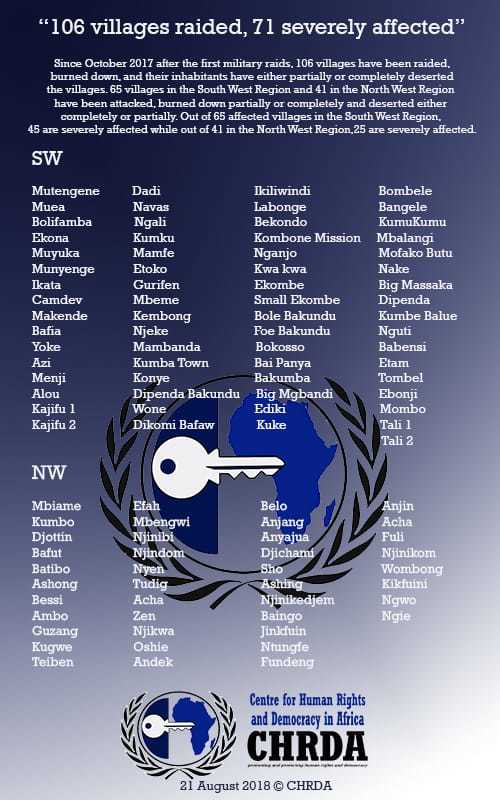 Read some facts on the exact number of villages affected by the Anglophone crisis in Cameroon since 2017.

The figures and accounts presented below were published by the Centre For Human Rights and Democracy in Africa (CHRDA).
For the sake of clarity, ARREYB News Reports published as obtained from CHRDA president, Barrister Agbor Nkongho .

Destruction of civilian property, wanton and wide-scale pillage and burning of villages by the Cameroonian military constitute war crimes and crimes against humanity. These crimes and acts are to be thoroughly investigated and perpetrators brought before the competent authorities.

Centre for Human Rights and Democracy in Africa has documented evidences of these crimes, alongside eyewitness testimonies, video and photographic records.