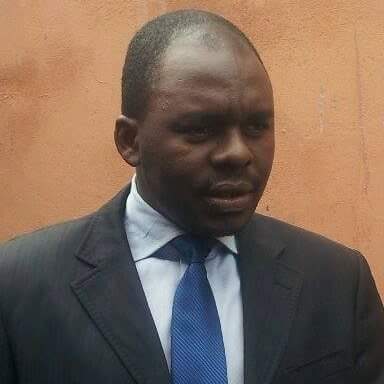 This is what is filtering from a Yaounde based journalist who witnessed how the detained Magistrate’s son was whisked off by elements of the Ngousso Gendamerie brigade today June 7 2017.

it is not clear whether he was ferried to the dreaded SED to Ngousso or which detention facility. It is also not clear if at the time of writing he has been released.Other witnesses said he was apparently arrested for ‘manipulating his phone when the treason trial of Balla,Fontem and Mancho was ongoing. “They might have thought he wanted to take pictures of the hearing,” a witness said.

Attempts by this reporter to get to Ayah’s son, named AYAH AYAH ABINE have not been fruitful. He did not respond to whatsapp messages. His direct phone line rang and he did not pick it up the call.

” I will be getting to you shortly.” Akoson Raymond, Hon Ayah’s private secretary said when contacted.