Camara de Barueri, a community located on the south eastern side of Brazil has officially recognised the state of Ambazonia.

In a meeting with its councillors and statesman on Tuesday December 3, 2019, the Barueri honorable house threw weight behind the Ambazonia movement represented by Samuel Sako, acting president.

In a video we obtained, Sako thanked the honorable house, assuring them of victory on “this right path”

In our territory, we like our neighbours, but we trust our friends more” Sako said in his response to the endorsement. 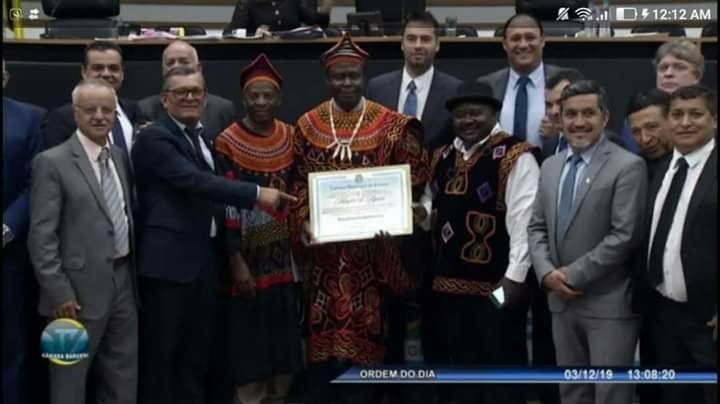 Camara de Barueri is a municipality in the Metropolitan region of Sao Paulo in the South Eastern part of Brazil.

Barueri is in the State of São Paulo located in the northwestern part of the Metropolitan Region of São Paulo. The state has a population of 262,275 people.

Ambazonia, also known as Amba Land, is a secessionist entity claiming the Anglophone portions of Cameroon as its territory.

At least 2,000 people have been killed and more than half a million people taken off their homes by gun battles, raids and looting leaving over 300 villages burnt down.

The Republic of Cameroon under president Biya has refused mediation from any third party and insist on solving the crisis her way.