President Paul Biya who left Yaounde on November 10 was invited by French president Emmanuel Macron at a time when Cameroon has just concluded a major national dialogue to end armed conflict in the North West and South West, but many are still being killed in the war.

The protesters were calling on Biya to release all political prisoners and step down from power. 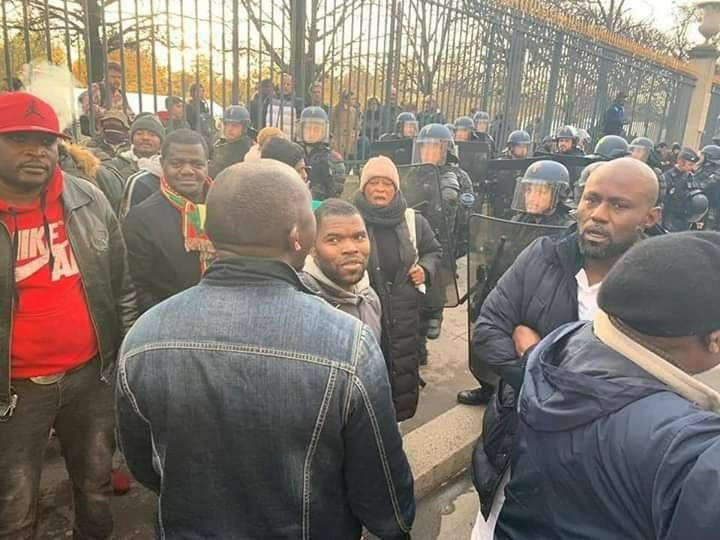 This is not the first time Biya is being attacked.

On June 29, Swiss police clashed with hundreds of Cameroonian protesters in Geneva as they attempted to force their way into Intercontinental hotel where the Head of State Paul Biya and wife were lodged.

Anti riot police used tear gas and water canons to displace the protesters who were calling on the Swiss government to evict the Head of State from the hotel. 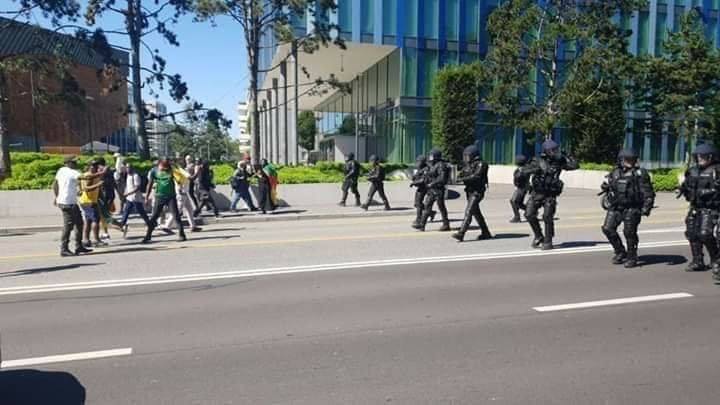 The group called for an end to the violence in the North West and South West regions of the country.

While these scenes have drawn condemnation from the government of Cameroon, BAS activists have vowed to continue with their actions as it raises an alarm to the world of the oppressive and dictatorial regime of Paul Biya.

Paul Barthelemy Biya Bi Mvondo is currently one of the longest-ruling non-royal leaders in the world and in Africa. He will be 92 when his current mandate ends in 2025.

Under his regime, there has been allegations of indiscriminate killing, burning of villages, rape and humiliation of English-speaking citizens perpetrated by the BIR (Bataillon d’Intervention Rapide)

Biya is attending a peace conference while his nation is plagued by the Cameroon Anglophone crisis as the southern part continuously fights to secede to a state they call Ambazonia.