Bitter Concerns About 20 Killed In Mbonge; Perpetrators May Go Unaccountable 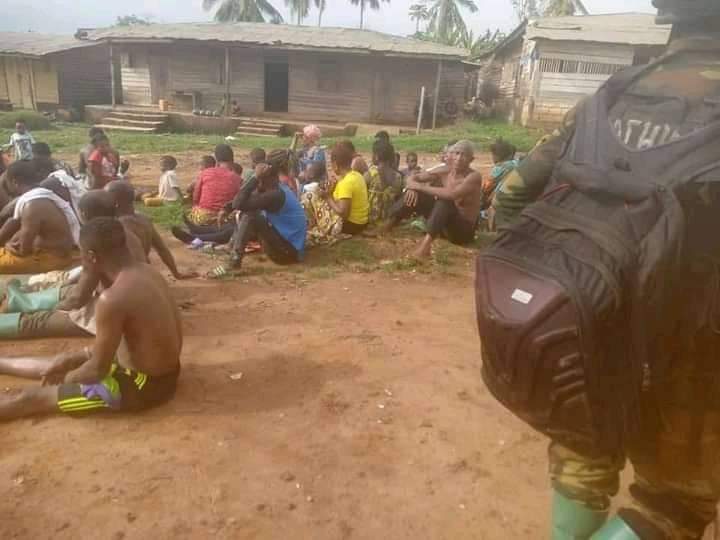 Bitter concerns arose last week as it was reported that at least 20 young people were gathered and executed by Cameroon government soldiers.

The killings happened in Mbonge, a locality in Meme division in the South West region.

But with the Cameroon government not taking further actions to properly investigate its military and look into the killings, the perpetrators may go unaccountable

Reports said government soldiers on a search for separatist fighters in the locality, gathered a group of civilians and executed them all

These concerns of killings is near to that of the Ngarbuh Massacre which happened a year ago in the North West region.

Government propaganda social media accounts in debunking news that the killings were carried out by the military, said the summary executions were performed by separatists fighters

But it is not the first time the government has denied allegations or stayed mute over cries of killings on the military.

A report published by Human Rights Watch in 2020 revealed that at least 21 people were killed in the February 14, 2020 massacre at Ngarbuh, a village in Cameroon’s North West region.

That government forces and armed ethnic Fulani killed at least 21 civilians, including 13 children and 1 pregnant woman. This was news that the government had totally debunked through the minister of communication.

In 2018, an investigation conducted by Amnesty International, the BBC, and investigative journalists showed that Cameroonian soldiers depicted in a video carried out extrajudicial executions of two women and two children in the Far North region.

Seven soldiers were later arrested in connection with the killings.

The result is that it leads to hundreds of people continuously killed in the Cameroon Anglophone crisis who go unaccountable.