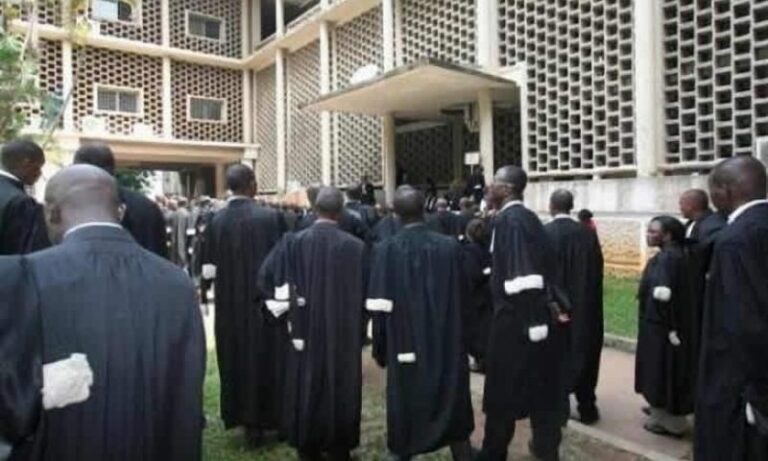 The North West Lawyers Association has been prohibited from holding any public meetings within the. Bamenda II subdivision. The information is contained in a press release, signed recently by the Divisional Officer for Bamenda II, Mr Nicholas Nkongho.

According to the Divisional Officer, his motive for suspending the North West Lawyers Association, which is known by its acronym, NOWELA is because they are operating illegally, hence their meeting is undeclared.

“That with effect from the date of signature of the present decision, a certain group called North West Lawyers Association is hereby prohibited from holding any public meetings in the Bamenda II subdivision,” a section of the press release says.

The Divisional Officer has warned heavy sanctions against anyone who shall try to disobey the decision. “That any group of persons who contravenes the order shall be punished in accordance with the provisions of the regulation in force,” states the press release.

Hence the association may be forced to move out of the subdivision to hold its meetings as elections of leaders are fast approaching, though it is still doubtful as to whether authorities may not extend the same order to other subdivisions in the town.

The DO has charged the Brigade commander of Ntarikon, the Commissioner of the 3rd and 4th district police to follow up the order so that it should be respected and implemented in their spheres.

But according to a legal mind in Bamenda who preferred to be anonymous, the order banning their activities is linked with a recent fight for power that is tearing the association apart . As he added that since the mandate of the current exco is almost over, members eying positions have been on the verge of fighting to secure strategic positions.

Many people have linked the NOWELA fight for power to that of the Fako Lawyers Association, FAKLA which witnessed almost the same situation last year during election of new members.