For over a year now, Mancho Bibixy and seven others have constantly appeared in court for routine sessions in the ongoing crisis. Early 2018, the former school teacher and radio host warned that Cameroon was on the verge of a civil war if care was not taken.

More recently, in his last court session he recounted several moves aimed at resolving the Anglophone problem and told the President of the Yaoundé military court, Abega Mbezoa Eko that history was hers to make with the judgment she’ll pass.

The prosecuting team led by Barrister Achu Julius requested the court to slam a death sentence on Mancho and the seven other detainees.

Before Mancho’s previous trial, the court had slammed 11 to 13 year jail sentences on six other Anglophone detainees in connection to the ongoing crisis and there was growing fear that he too would remain in the Kondengui dungeon. After series of court sessions, no lamplight of progress was made and the Cameroonian media is forced to question when Mancho will be freed

It is expedient to know that President Paul Biya had given standing orders to the judges at the military tribunal in Yaoundé for the release of all those arrested in the course of the Anglophone struggle in Cameroon.

Ayah Paul, Agbor Bala, Fontem Neba and others were among those who benefited from the presidential benevolence but Mancho was yet to be freed.

Freedom for all arrested on December 9 in Bamenda and December 15 in Kumba among the multitude of protesters during the strike in various parts of the English speaking regions was one of the prerogatives for dialogue as presented by the striking Anglophone teachers and lawyers.

The Yaoundé military tribunal had kept over 41 suspects after an investigation though a CIR senior political analyst opined that the figures presented by government spokesman, Issa Tchiroma could be doubted as many of those arrested during the incident of 28 November in Buea were yet to be accounted for. 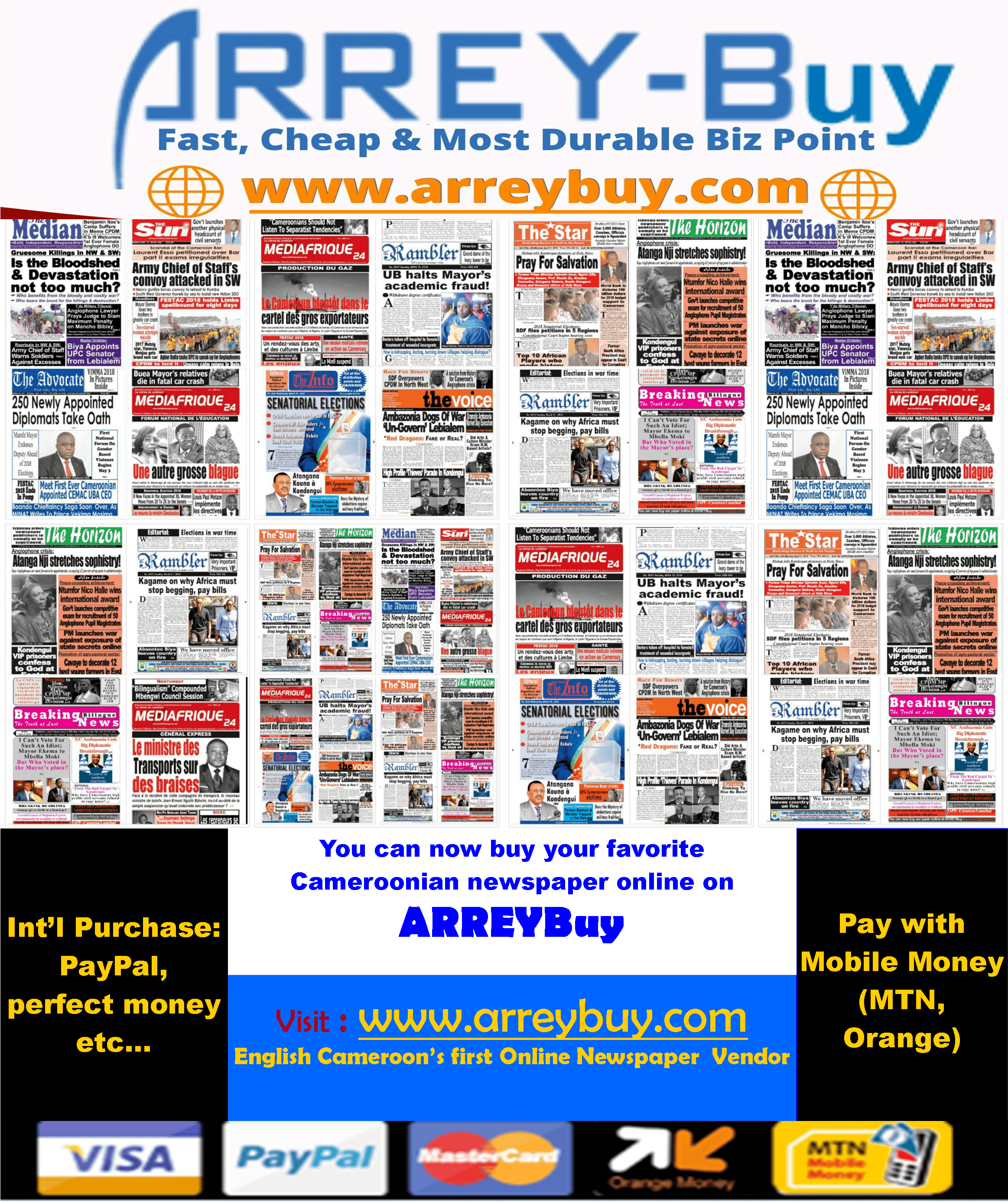 ARREYB political analysts expressed worry that till date, no statement was/has been made concerning those on exile as a result of the crises. Barrister Akere Muna Speaking to ARREYB had proposed a framework to solve the Anglophone Problem as release for all Anglophone detainees and freedom to all those who fled out at the wake of the struggle”.

Lets revisit one of the most remarkable court sessions witnessed in the trial against the vibrant Mancho.

July 27, 2017 at the Yaoundé military tribunal was a session not to forget; probably one of the most awaited on matters of the Anglophone struggle.

Everyone was keen to hear the charges placed on Barrister Agbor Balla, Mancho Bibixy and Dr. Fontem Neba among others who had already been detained for 7 months.

The same Mancho put up a spectacular scene by dancing when his name was called up for verification. On this same day, Bibixy’s son appeared in court to cheer his detained father while witnesses of the state made their first appearance though the case had been ongoing for months.

This was the day Barrister Ben Muna cried out in court; “I smell conspiracy”. This case had witnessed the decline of Barrister Mbah Ndam who was for the defense team. He being an MP could not stand against the very government he worked for. The prosecuting counsel had presented 7 witnesses (all uniform men) who testified against the accused. Notably, one of these 7 witnesses confirmed he did not see any of the 27 detainees among the Bamenda protest against the CPDM rally of December 2016.

Among a series of other sessions held, Mancho remained in prison. Many accused the court of using Mancho as the sacrificial lamb to pay for the sins of the revolting Anglophone population while others think his release may instead aggravate the crisis considering his previous role as the coffin revolution leader.

The popular “coffin revolution” leader, social activist and radio animator had on Thursday 1st March 2018  promised to collaborate with the government to restore peace in the two English speaking regions if all arrested in line with the crisis are granted freedom.

At the military Court in Yaoundé,  Mancho spoke while he and eight other detainees appeared in court. He lamented that the stalemate escalated due to the failure of some politicians, noting that the current situation needed a political solution which he was ready to offer if the government heeded to his demand of freedom.

On several occasions, he has, from a prison window expressed sad feelings for the nature of things in Cameroon which is gradually culminating into a civil war as there is constant clash between the military and civilians which has led to the death of many.

As days go by, Cameroonians expect to hear about his release. On Wednesday April 25, 2018 Mancho appeared in court looking unperturbed about any jail term he may receive. He would later tell warders  that “our prison guards would dress in white and you would enjoy our country”.

In this court session, he was found guilty of terrorism and secession but acquitted for rebellion, civil war, destruction of property, non possession of ID card and killing.

When would Mancho be released? The answer is blowing in the wind.

Mancho and others are expected in court on Tuesday 8 May, 2018 for a final verdict.
A Little About Mancho Bibixy : (Exclusive on ARREYB News Reports)

In the University of Buea, he studied journalism and mass communication. Before his University studies, Mancho did part time radio work for Abakwa FM Radio in Bamenda and for the state media, CRTV.

He studied Cisco Certified Networking and completed in 2012 as a CCNA Administrator. He also studied Petroleum Engineering at the Gulf Field Institute in Limbe though his studies were prematurely terminated following his fathers death in October 2013. So Mancho returned home as the leading male in his family to cater for his juniors.

From 2014 to 2016 he continued working with Abakwa FM while playing a major role as a History teacher in some private institutions in Bamenda. Mancho is being detained at the Kondengui Prison in Yaoundé since his arrest in Bamenda on January 19, 2017 after his popular “coffin revolution in North West Chief town, Bamenda.

We are popular for credible and well researched information, reason why you can always read us daily !