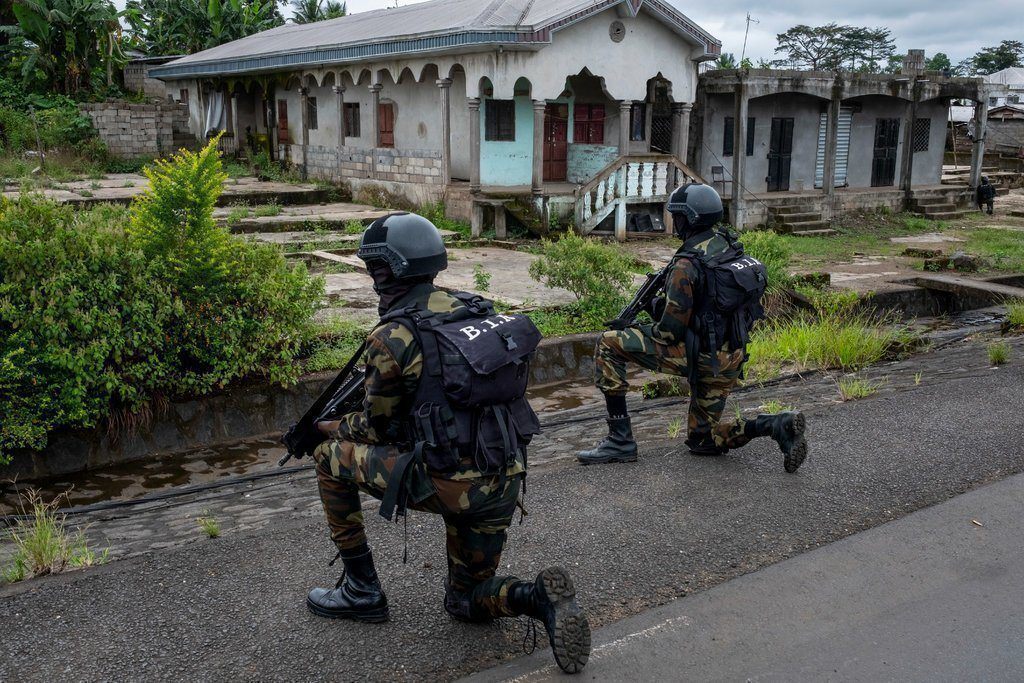 Share this!
Ahead of the February 9 municipal and legislative elections in Cameroon, the government and separatists have embarked on a battle to reinforce their camps in the Anglophone regions of Cameroon


The first government measure in the North West and South West regions, has been the deployment of an additional 700 gendarmes to the war zones.

In another bid to prop up security, the minister of Territorial administration, Paul Atanga Nji promised hell for whoever attempts to create disorder during the elections.

“What we can never accept or tolerate are statements like ‘I will do everything possible to stop other Cameroonians from exercising their civic right.’ he said

“That is when the State will display its might against whoever shall attempt to create disorder before, during and after the twin elections. Regardless of their social status, trouble makers shall be dealt with firmly and squarely in accordance with the laws of the Republic“

Ambazopnia fighters have also sent alarming warnings through several videos about the looming danger of voting on February 9, 2020.

The forces say they will be enforcing a six-days lockdown in the Anglophone regions from February 7 to February 12, 2020. The lockdown seeks to frustrate the February 9 twin elections and the 11 February youth day celebrations.

It is 3 weeks to elections, the pressure mounted by both camps have created tension for the population.

2 years ago, the same government action of using force during the organisation of the October 2018 Presidential elections not only led to election boycott, but recorded a huge number of deaths across the Anglophone regions of Cameroon.

Separatist fighters declared a lockdown from September 20 to October 1, 2018, a bid to frustrate the Presidential campaign and elections, and the government reacted with an influx of war equipment.

This period recorded spiraled brutal attacks on civilian and security forces with targeted battles. Several people were killed in Buea, Bamenda and Mamfe.

Bloody and heartbreaking, it witnessed the discovery of mass graves purportedly dug by military and several dead bodies loitering in bushes