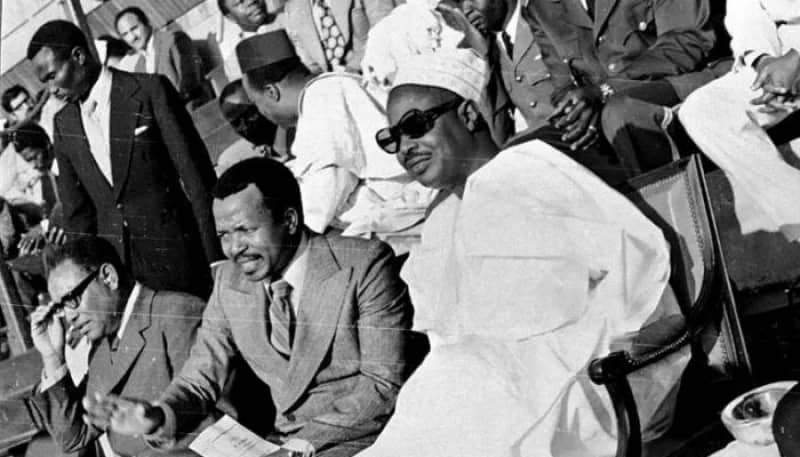 The fight started on April 6, 1984, and ended several days later and has since then become one of Cameroon’s most feared events of Biya’s reign

After nearly 23 years as President of Cameroon, the then president Ahmadou Ahidjo resigned for unclear reasons in November 1982 and was succeeded by Prime Minister Paul Biya

Despite his resignation, Ahidjo remained President of the Cameroon National Union (CNU), the ruling party, and retained enormous political influence.

Although Ahidjo’s resignation was voluntary and he–a Muslim–was initially happy to see Biya–a Christian–take his place as President, a power struggle between the two developed in 1983.

Ahidjo attempted to assert his supremacy by arguing that the party should make policy decisions and that the state should merely implement them, but Biya in turn pointed out that the constitution assigned responsibility for determining policy to the President of the Republic.

Ahidjo went into exile in July 1983, and on August 22, 1983, Biya publicly accused Ahidjo of plotting a coup, while simultaneously dismissing two key ministers who had served Ahidjo—Prime Minister Maigari Bello Bouba and Minister of State for the Armed Forces Maikano Abdoulaye

Ahidjo bitterly criticized Biya from exile, accusing him of misrule and he resigned as President of the CNU party.

In February 1984, the Biya regime declared a death sentence on Ahidjo, although he was in absentia, for an alleged involvement in the 1983 coup plot

April 1984, President Biya ordered a transfer of all presidential palace guards who came from the predominantly Muslim North where Ahidjo hailed from

That same month a coup was staged

News of their transfer away from the nations capital Yaounde may have caused the plot’s leaders to prematurely launch their coup.

The coup was unsuccessful

After several days of heavy fighting in Yaoundé, Biya loyalists defeated the rebels.

More than 1,000 accused dissidents were arrested shortly afterward, and 35 of them were immediately sentenced to death and executed.

The government declared a state of emergency lasting six months in Yaoundé and the surrounding regions.

Although there are no clear proofs that Ahidjo was overtly involved in the coup attempt, it was widely believed that he had masterminded it from exile.

The failure of the coup attempt was followed by Biya’s full consolidation of power; in 1985 he relaunched the CNU as the Cameroon People’s Democratic Movement (CPDM) which has since then become the ruling party.

Since then, Biya, 87, has marked more than 37 years in power and is currently the longest-ruling non-royal leader in the world and the oldest ruler in Africa.