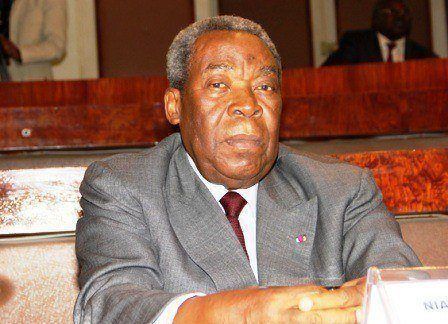 At 86, Marcel Niat Njifenji has been re-elected senate President in Cameroon.

Old and weakend, typical of Cameroon, ageing Niat is re-elected at a time when he should be allowed to give way for young brains.

Marcel Niat Njifenji (born 26 October 1934) has been President of the Senate of Cameroon since 2013.

As President of the Senate, Niat Njifenji would, according to the constitution, succeed President Biya if the latter were to die in office. He would lead the country until a new presidential election could be held – and he would not be permitted to stand as a candidate in that election

A member of the ruling Cameroon People’s Democratic Movement (RDPC), he previously served for years as Director-General of the National Electricity Company, and has been in the government since the early 1990s.

Similarly, Honorable Cavaye Yeguie, 80, was re-elected last week as president of the Cameroon National Assembly – a position he has served in since 1992.

On February 11, 2020, a day usually celebrated as youth day in Cameroon, viral images of some top government officials in Cameroon flooded social media as the nation celebrated the 54th edition of the National Youth Day 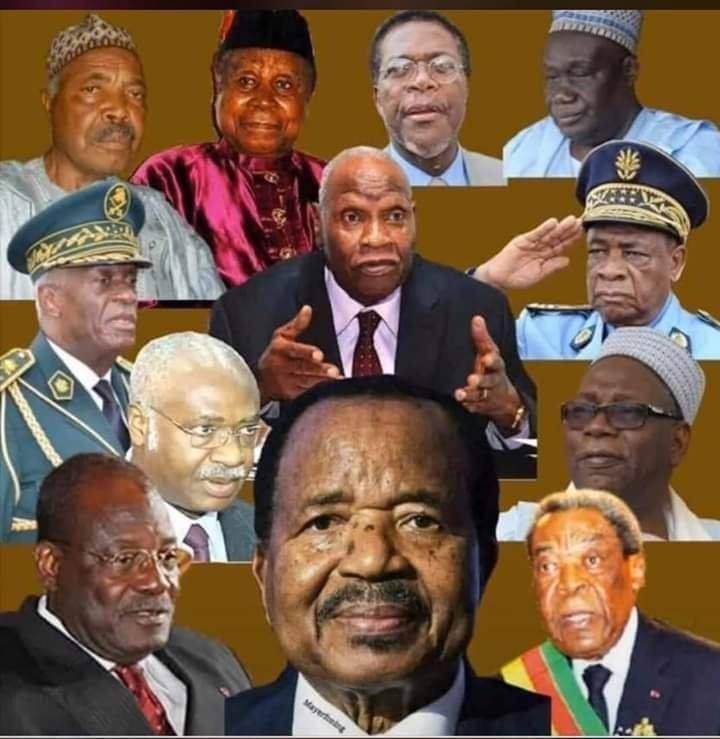 Viral Picture collage of some top government officials in Cameroon

In his February 2020 speech, president Paul Biya called on the youths to be more patriotic in building the nation.

Many have expressed fear that talents and bright minds remain untapped in Cameroon. And even so, authority is left in the hands of old people who are weak and unable to rule effectively