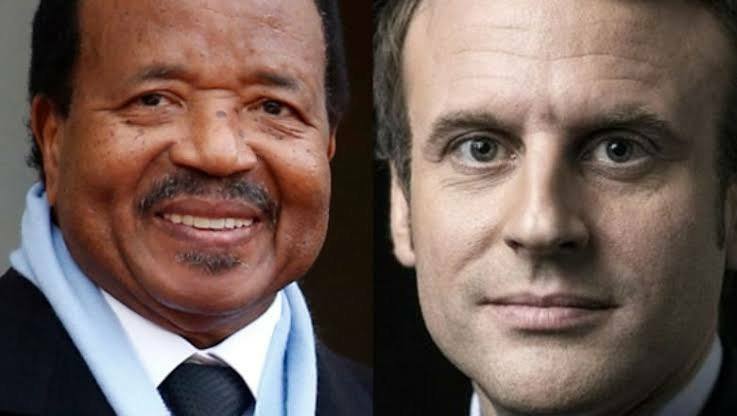 Dated November 12. 2019, some 50 Cameroonian human rights defenders, lawyers, professors and activists across the world have teamed up to address an open letter to French president Emmanuel Macron.

[ Published as addressed to Mr Macron]

We, the intellectuals, writers, and human rights lawyers undersigned, write to implore France to strengthen its commitment to the resolution of the Anglophone crisis in Cameroon, described by some analysts as “Rwanda in slow motion”.

Specifically, we respectfully urge France to use its considerable influence on the government of President Paul Biya to encourage Cameroon to openly join the peace talks led by Switzerland, which would make it possible to stop the murders and atrocities perpetrated in the country. North West and South West regions of the country. A durable solution must come from a mediation process that includes English-speaking armed separatist groups and non-violent civil society leaders.

It’s urgent; the dehumanizing violence in Cameroon must not reach the same extent as that which occurred in Rwanda in 1994. On the one hand, non-state armed groups and bandits use machetes to maim, torture and decapitate, on the other hand. Government forces commit crimes against humanity such as extrajudicial executions and burnt villages.

Journalists, opposition politicians and other civilians are wrongly detained. More than half a million Anglophones are displaced while fleeing violence. Hundreds of thousands of children have missed school for more than three years, and according to recent United Nations reports, 1.4 million people are at risk of starvation.

France and the international community are no doubt aware that the recent Grand National Dialogue organized by Cameroon did not adequately address the Anglophone crisis. As a result, violence has persisted in English-speaking areas since the end of the dialogue on October 4.

The Great National Dialogue and the release of political prisoners have been a step in the right direction. However, the dialogue does not address the root causes of the conflict; it excluded any discussion of other forms of governance and did not offer sufficient security guarantees to diaspora and separatist leaders. In other words, it did not put an end to the atrocities or produced an acceptable or viable political solution for the English-speaking regions. The talks led by Switzerland now seem to be the only way to reach an appropriate political solution, through an inclusive negotiating table.

Mr. President, we hope that you personally and your country, France, value your historical relations and your ties with Cameroon, and wish for the return of peace in this country. We believe that France does not want to be complicit in another genocide in Africa after Rwanda and that it take all possible measures now. Please strongly promote the Swiss talks so that villainous violence can cease immediately, that human rights are respected and that normalcy returns to English-speaking and French-speaking Cameroon.

Cameroonians and Cameroonians, brothers, sisters and friends of Cameroon in France as well as the whole world are waiting for you.