​“Young Mothers Should Not Go Back To School, Boys Who Impregnate Girls Be Imprisoned”: President John Magufuli, Tanzania - ARREYB

​“Young Mothers Should Not Go Back To School, Boys Who Impregnate Girls Be Imprisoned”: President John Magufuli, Tanzania 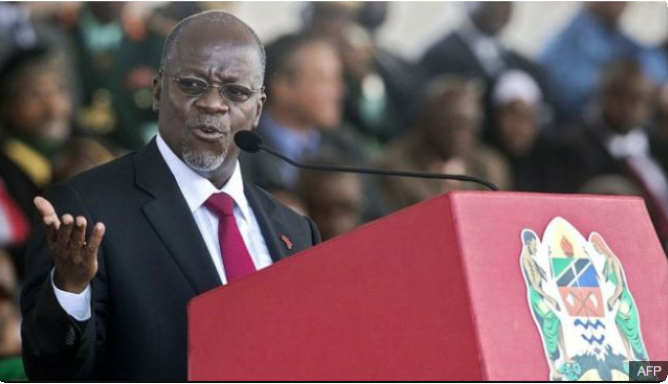 John Magufuli, President of Tanzania has said that school girls who become mothers in Tanzania would not be allowed to return to school after giving birth. This declaration was made at a public rally in the town of Chalinze, 100km west of the main city, Dar Es Salaam.

“After calculating some few mathematics, she would be asking the teacher in the classroom “let me go out and breastfeed my crying baby”.

Concerning the man responsible for the pregnancy, President Magufuli suggested that he would be imprisoned for 30 years and he would put the energy he used to impregnate the girl into farm work while in prison. (LOL)

“These NGOs should go out and open schools for parents but they should not force the government to take back the pupils”… I am giving out free education for those who want to go out and study and now you want to educate the parents?” He rhetorically asked.

“After getting pregnant, you are done!” he added. A statement which attracted to a loud applause at the rally as many saw with him. It should be noted that President Magufuli is known by his subordinates to be a no-nonsense man.

His stance on this could be motivated by a series of happenings. No father would in his right senses deny children the right to education. Human Rights Watch Reports published that Tanzania records at least 8,000 girls who drop out of school every year due to pregnancy.