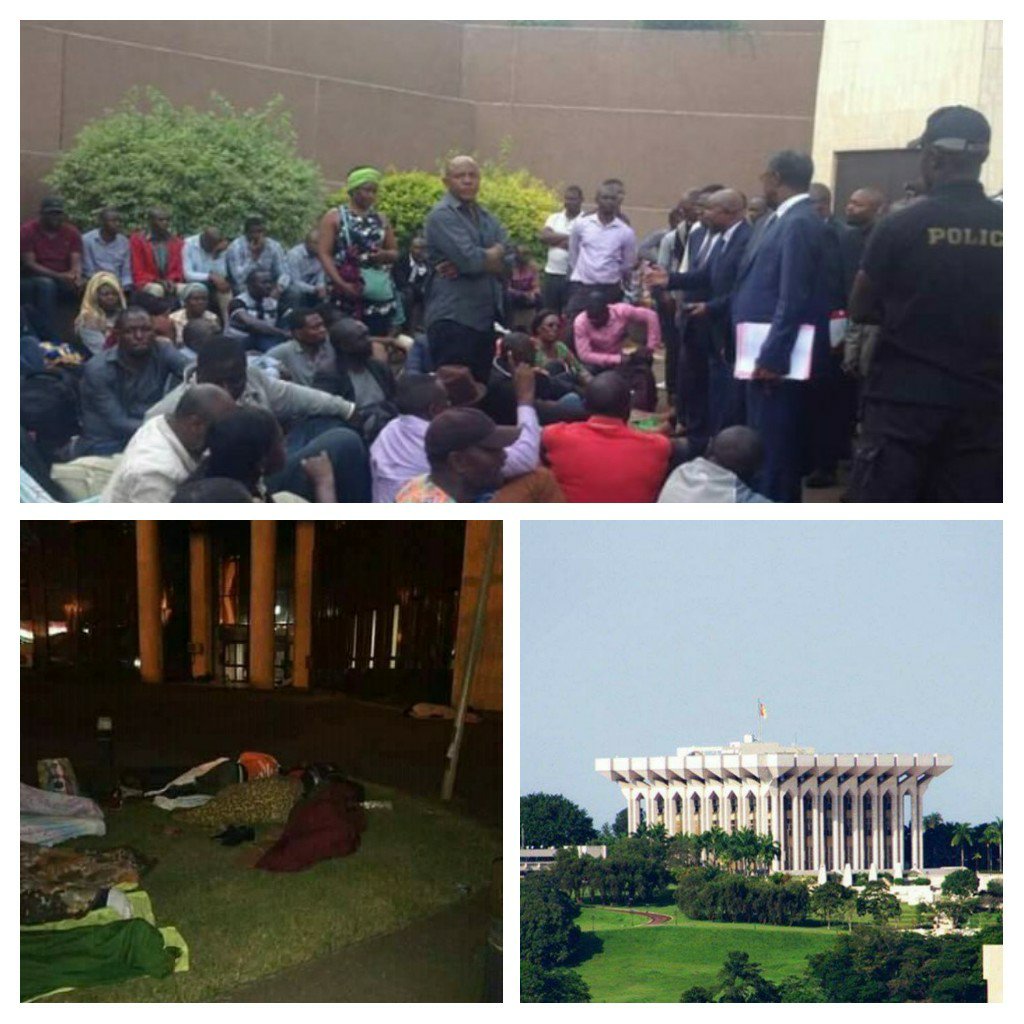 Academic intellectuals and PHD holders in Cameroon have been on strike for two weeks, with one attempting to commit suicide.

They have slept in the cold, in front of the ministry of higher education in Yaoundé for two weeks demanding integration into the public service.

They outlined a series of grievances which makes their recruitment unfair including fraud and duplication of some names on the recruitment list.

They want an end to ghost civil servants, those receiving a double salary and others getting paid for nonexistent names entered in the list.

In another case, there is recruitment with fake certificates which limits the chances of those with genuine certificates.

They insist that the only solution to their problem is for authorities to publish an additional recruitment list. With a 45 years age limit, the redundant PHD holders cry that most of them would have exceeded the age limit by January 2020 when the second phase of the recruitment will be launched.

The PHD holders are promising to sustain the strike till authorities resolve their problems, beginning with the publication of an additional list.

But there are huge possibilities that the strike will extend to 2020. The government has given deaf ears to their strike and no plan has been announced to appease their disgruntlement. Last week, a meeting to negotiate with Jacques Fame Ndongo, minister of higher education failed.

Minister Fame Ndongo said the decision to publish an additional list can only be made by the president Paul Biya.

While they strike in a festive period, there is a huge dissatisfaction from citizens as Cameroon government ignores their cry alongside wasting citizen’s hard-earned cash on liquor for the end of year celebrations at the presidency.

A communique revealed that the publicly-funded celebration will be squandering a chunk of state budget on few hours of merry. One billion, four hundred and seventy nine million, six hundred and eighteen thousand, two hundred and sixty three CFA franc was withdrawn from taxpayer’s fund to purchase wine for the celebrations to take place at the Etoudi Palace in Yaounde.

The bill dated 18 December 2019 is just for wine and excludes other costings, organisational arrangements and probably individual envelops for the night – as usual.

President Paul Biya’s regime has been hugely accused for corruption, embezzlement and dictatorship with continuous unaccounted expenditures, fraud and equally the silencing of political opponents, activists and journalists opposed to his regime.

As the longest-ruling non-royal leader in the world and the second oldest ruler in Africa, he will be 92 when his current mandate ends in 2025 but Biya’s administration is faced with the deepening effects of the Anglophone crisis, electoral scandals and now the handling of unemployed PHD holders – coupled with a depending economy with huge loan debts

At a time when half a million citizens are homeless as a result of the Anglophone crisis, poor water conditions and lack of basic amenities like roads,schools and hospitals, authorities have decided to squander billions on hours of merry.

Cameroon’s total debt is 5.8 trillion Central African CFA francs (about $10 billion), about a third of which is owed to China