Native of Bafut, he was gunned on the chest after being chased by military men into the premises of Saint Mary Soledad hospital at Alakuma.

“With the manner in which he drove into the hospital, it was clear he was being pursued. The next minute all we heard was several gunshots”, an eyewitness told this reporter.

“He was pulled out of his Red-Tercel-Corolla car inside the hospital and shot in the chest”, another eyewitness added. 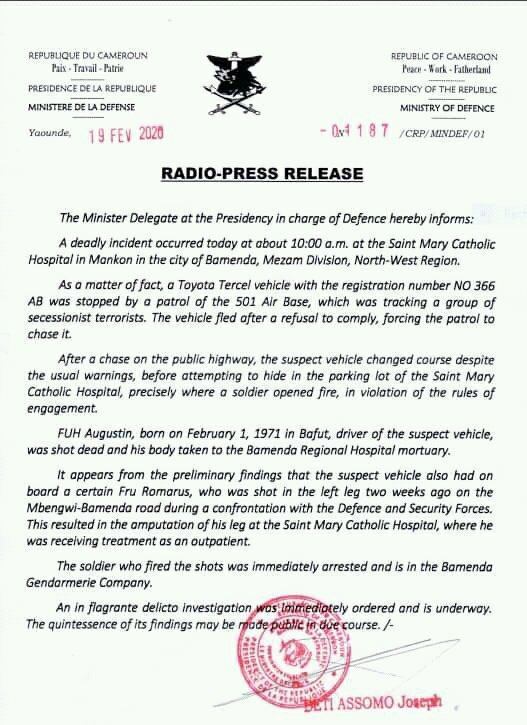 In a press release, Cameroon Defense Minister said the soldier who shot Mr Augustine has been arrested, failing to reveal the name of the soldier and what punishment he was to receive.

The release said Fuh Augustine suspiciously escaped from a military control which caused the military to chase him into the hospital where he ran into.