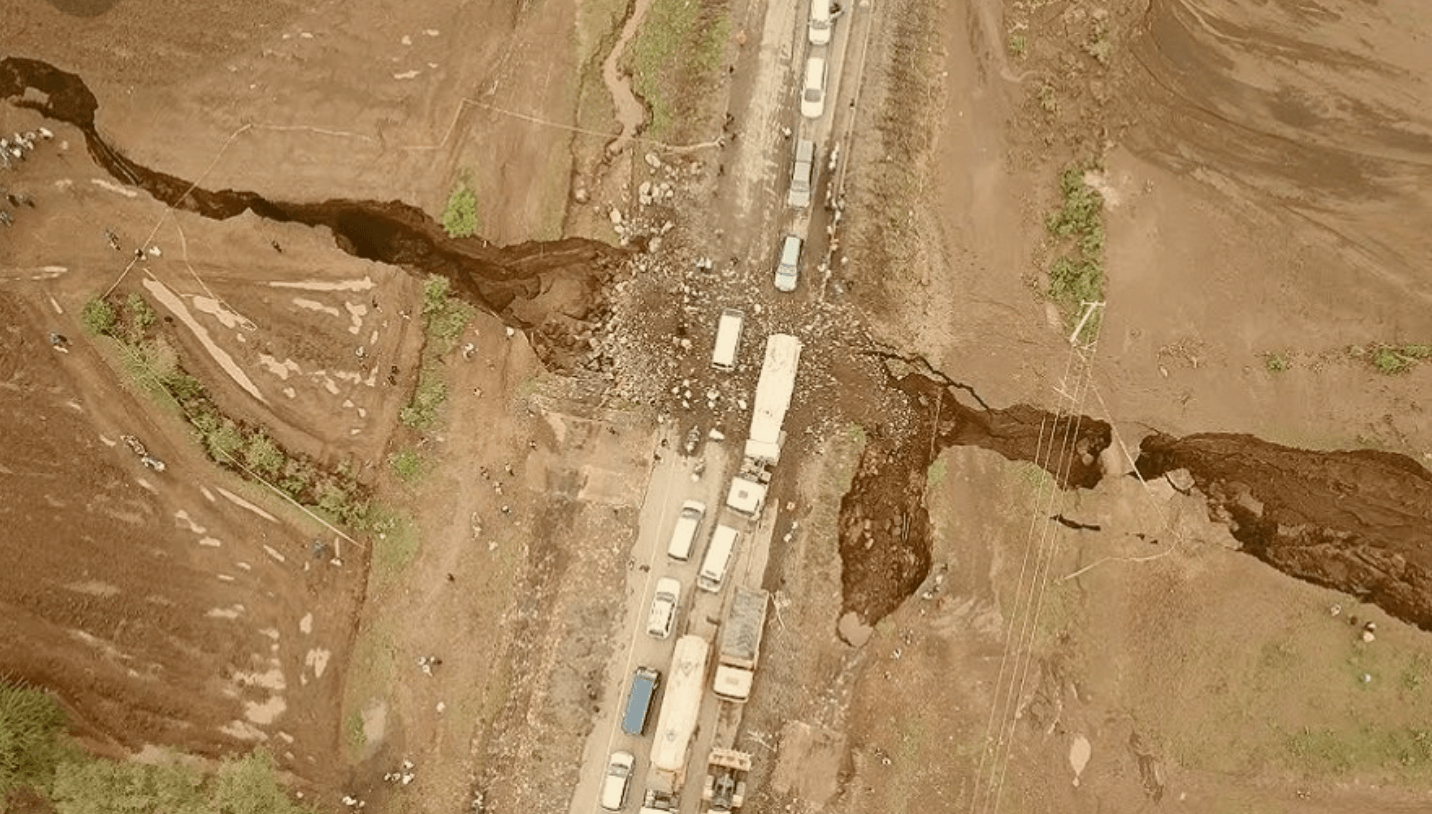 After heavy rains and seismic activities early this week in one of Kenya’s rift valley, Geologists have analyzed that the African continent may soon split into two.

The heavy rains left a huge tear which is about 50 feet deep and about 20 feet wide. They analyze that in about 50 million years the continent would split into two; the Somali tectonic plate and the Nubian plate which could also be called the African plate.

The newly formed Somali plate would comprise of Somalia, Kenya, part of Ethiopia and Tanzania . They add that the split is caused by weak earth zones and fault lines.

Kenyan local media have reported that the activities of the plate have already caused some tension on the Mai Mahiu-Narok road and the government has filled a section with rocks and stones to allow cars ply the road.

The house of a 72 year old woman was also affected as it was split into two while she and her family were taking dinner.

The spot however is just one of the numerous other weak spots across the African continent running through the horn right up to Mozambique.

ARREYB News Reports(www.arreyb.com) is undoubtedly popular for her thrilling content. Join thousands who read and trust us DAILY.