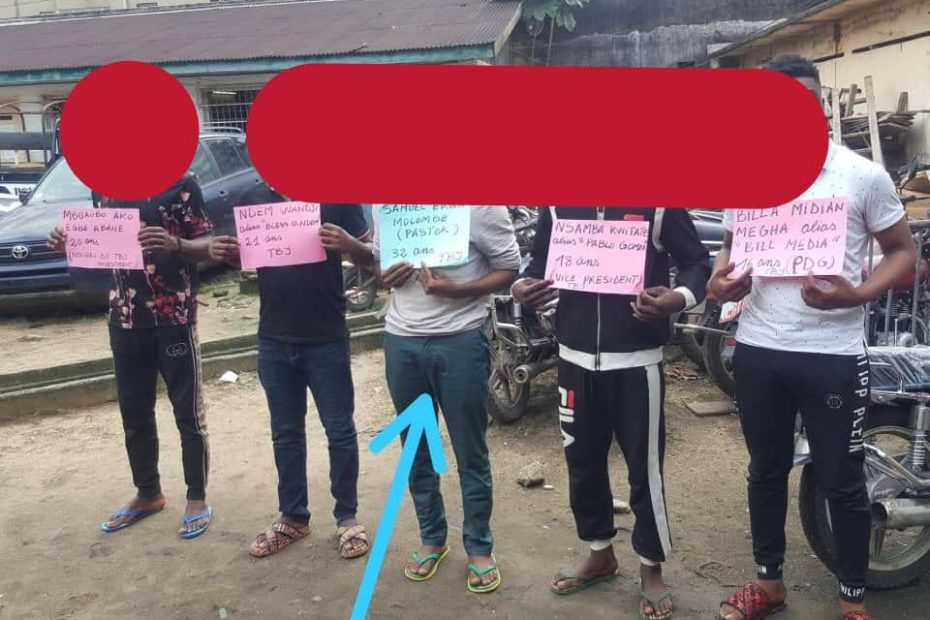 On Tuesday October 27, police arrested members of TBY, a Buea based multilevel marketing scheme over misuse of investment funds.

It was a total sum of xaf 800 Million investments contributed by multiple investors who trusted the network marketing scheme. It promised to double their investments within 30 days

Among those arrested is Buea based prophet Samuel E. Molombe

We can’t independently verify this

Another investor we spoke to was still in tears over the company’s shutdown, Tuesday October 28 was supposed to be his biggest payout day

“I really can’t say.. I’m still in shock with TBY ,they were to begin my payouts today and they’re saying the government confiscated thier properties

While this is a developing story, the group is yet to be placed before the press for their own coin of what happened to the funds

Police authories are yet to accept press confrontation

The founders have spent their first night in custody and the police released their images with cards on their chest, labelled with their names and ages

Less than a month ago, MIDA and AFRICA LIF, two other MLM investment companies shut down leaving investors over debts