“I Am Fit & Ready To Rule Cameroon”- Bar. Akere Muna 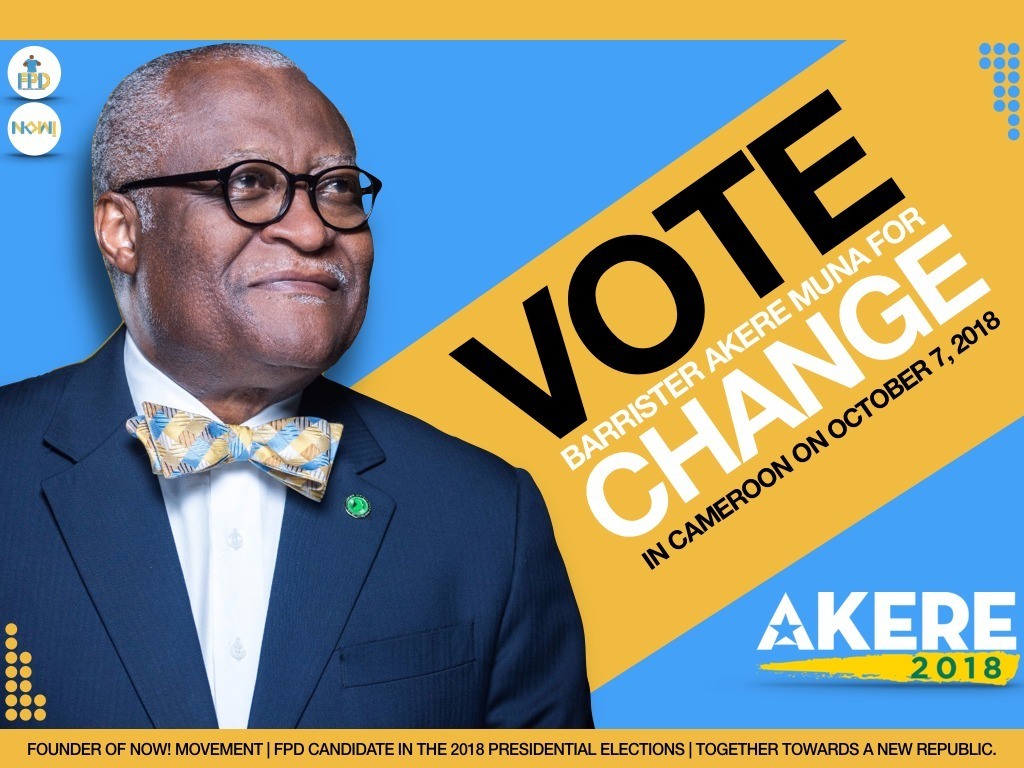 We carried out a toll of opinions on presidential candidates and their candidature and there was one intriguing reply we got.

Here is what an ARREYB Reader wrote to us:
ARREYB MEDIA: Who would you choose as presidential candidate and why? (Your reply remains a secret between us)

Party A: “Practicing law since 1978, there could be no better candidate to rescue Cameroon from this present social, economic and political inconsistencies than Barister Akere Muna. The crisis started by lawyers can only be recued by a lawyer”

While others sent varying opinions, this reporter noted that apart from his very long spell with the Muna Law Firm and Associates, Akere Muna has equally held several positions in the civil society both within Cameroon and the international scene.

Akere served as president of the Cameroon Bar Council after a landslide victory in 1997, was elected to the Board of Directors of Transparency International (TI) in 2004 as one of the coordinators.

He aided to draft the African Union Convention on preventing and combating corruption and was elected vice chair of the Board of Directors of Transparency International in 2005.
Still in 2005, he replaced Nobel prize winner Wangari Mathaai as the president of the economic, social and cultural council (ECOSOCC)

In 2014 after stepping down as the Vice chair of the Board of Directors for Transparency international, he was appointed the Chair of International Anti-corruption Conference council (IACC). He is also one of the founding fathers of Pan African Lawyers Union (PALU) and became a member of the African Peer Mechanism in 2010.

Akere Muna had in a recent media interview said he was “fit and ready” to lead Cameroon based on his experience and leadership abilities. He claims his status as an experienced lawyer gives him an upper hand over the other presidential aspirants in solving the on-going political upheavals in the two English speaking regions of the country.

October 7, the day for elections is fast approaching and hands are crossed to who would challenge Cameroon’s President Paul Biya.

As we continue on our extensive coverage on the presidential election, the Race to Etoudi, feel free to write your thoughts, reactions and comments on our reports as well as presidential candidates. We shall be bringing you updates and live interviews with all presidential aspirants.

Use our contacts at the end of this page below.