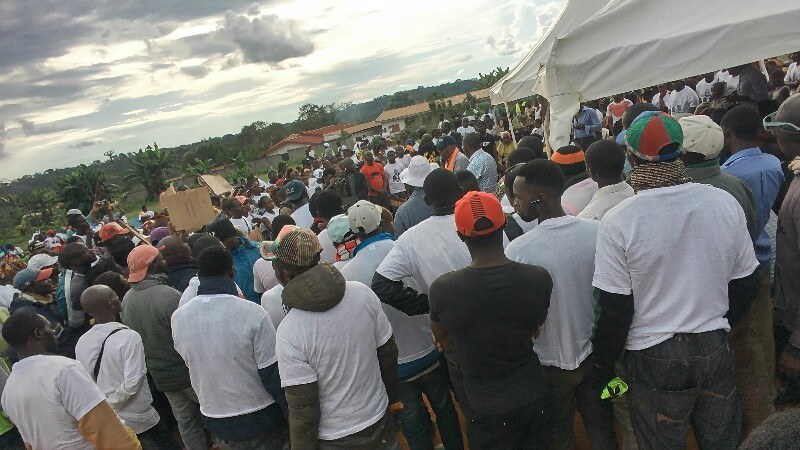 Thousands of supporters gathered on Tuesday 25th September, 2018 in Sangmelima (Dja-et-Lobo) in South Region of Cameroon to welcome the leader of the Now Movement and FPD Presidential Candidate Barrister Akere Muna.

The supporters told Akere Muna that they were very happy to see him on TV declaring his assets and presenting his medical report to the public which is sign of transparency and accountability. Speaking to thousands of supporters,  Barrister Akere Muna enjoined them to keep up the burning flame even after the October 7thpresidential election and he assured them of his great plans in building a new Republic which is based on justice, good governance, respect of state institutions, fight against corruption, respect of human rights and freedom and the promotion of the digital economy .

Akere Muna reiterated the importance of building a new republic which will help in the consolidation of National unity and promotion of peace in Cameroon.

It is important to note that Akere Muna is the only Presidential Candidate who has declared his assets and published his medical reports ahead of October 7th 2018.

Our Letter To Presidential Candidates, “ONLY Coalition Will Work”

How Effective Will AU’s 12 Man Delegation Be In Solving Alleged Electoral Malpractices In Cameroon?