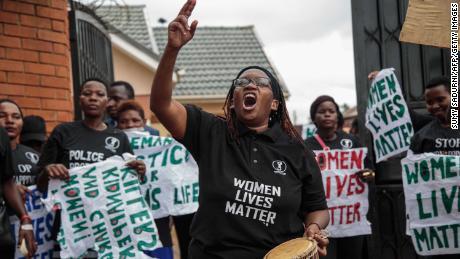 “How do women get men who are standing in the way of gender equality to listen to them? Grab them by their genitalia. Unless you grab and squeeze hard, they’re not listening”

The above is an extract of a writing by Dr. Stella Nyanzi, Ugandan feminist and activist who has been kept in Luzira Women’s Prison for eight months.

Arrested from the Wandegeya Police Station, Stella was imprisoned after the government accused her of “cyber harassment and offensive communication” for posting a poem on Facebook.

Published last September, the poem uses a graphic description of the birth of the Ugandan President and his mother’s vagina to criticize his “oppression, suppression and repression” of the country, which he has ruled for over 30 years.

After serving 8 months, Nyanzi said the court had no charge against her and demanded freedom but the court refused .

In the last hearing, Nyanzi asked the court to summon 20 defense witnesses, including President Yoweri Museveni himself.

But her page remains active. In a recent post, Nyanzi said she would not stop “Pocking the Leopard’s anus” after refusing offers for a seat in the suspect’s dock ” – referring to a government position. 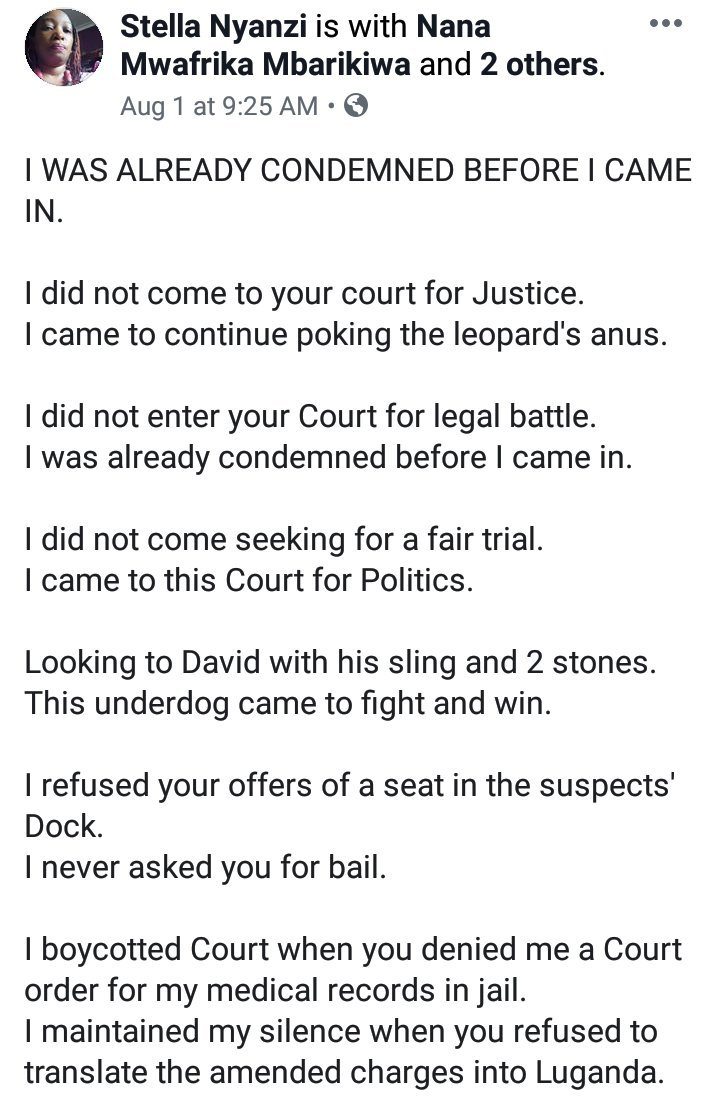 CNN published that Nyanzi has been known in African academic and feminist circles for decades, but it’s her provocative poetry about the 74-year-old President that has made her a household name in Uganda in recent years.
“Yoweri, they say it was your birthday yesterday. How horrifically cancerous a day!” reads part of the now infamous vagina poem.
“I wish the infectious dirty-brown discharge flooding Esiteri’s [Museveni’s mother’s] loose pussy had drowned you to death / Drowned you as vilely as you have sank and murdered the dreams and aspirations of millions of youths who languish in the deep sea of massive unemployment, and underemployment (sic) in Uganda.” 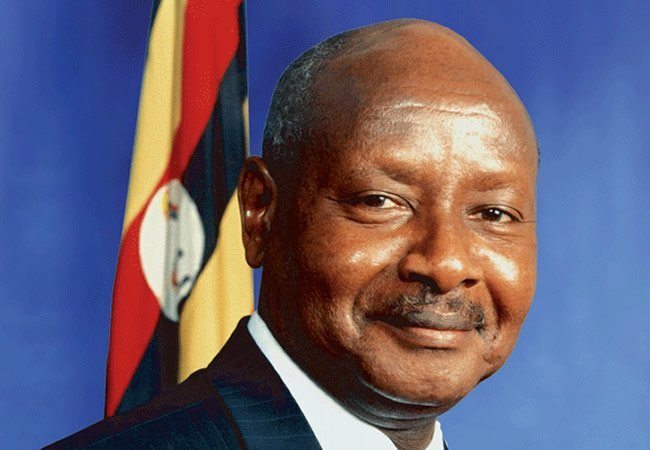 While the language and imagery in Nyanzi’s poetry may seem shocking, she said this “rudeness” is “the only option.”
“Politeness has been taken, it’s been held captive, and they don’t listen any more. So sometimes all you have to say is ‘f*** it!'” Nyanzi said about the Ugandan government, slamming down her fist. “And then people will hear and take you seriously.”
“Radical rudeness,” which began as a form of anti-colonial dissent in Uganda, calls the powerful in society to account through public insult. Over the past year, two other women have been arrested for using similarly rude rhetoric to criticize the government — one for allegedly threatening to hit the President with her genitals.

The women, who were protesting the arrest of the musician-turned-politician who goes by his stage name of Bobi Wine, both retracted their comments. Ugandan women have also used nudity as a form of protest in recent years.

In 2015, a group of older women in rural northern Uganda stripped in front of police and government representatives to demonstrate against attempts to remove them from their ancestral land.
“Older women are no longer in need of the acceptance of society, so they will swear and walk away, and men will listen,” Nyanzi told CNN.

“I don’t get inspired by high and mighty women, it’s everyday women. It’s grandmothers, stepmothers, second wives, all swearing at their men”. 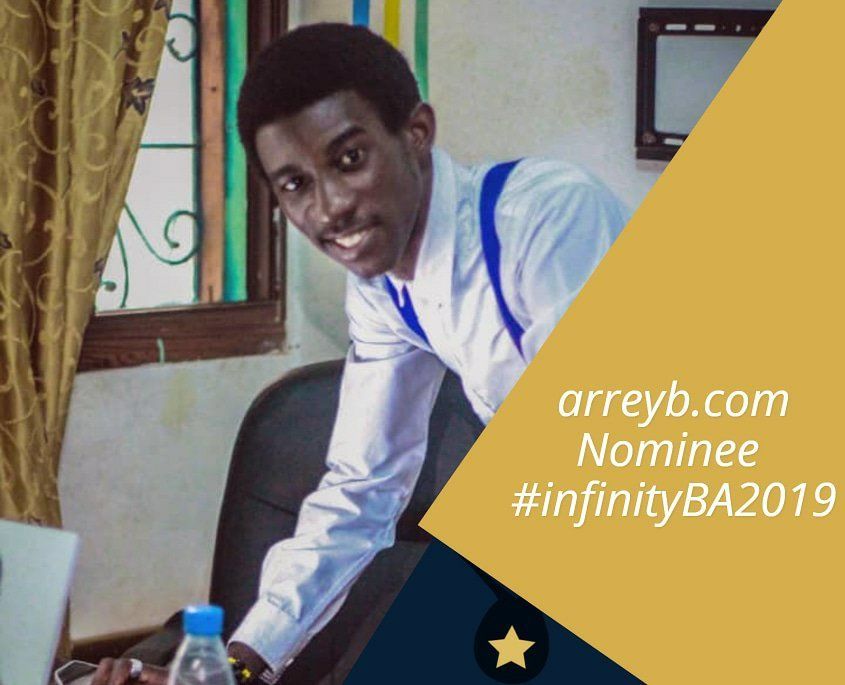