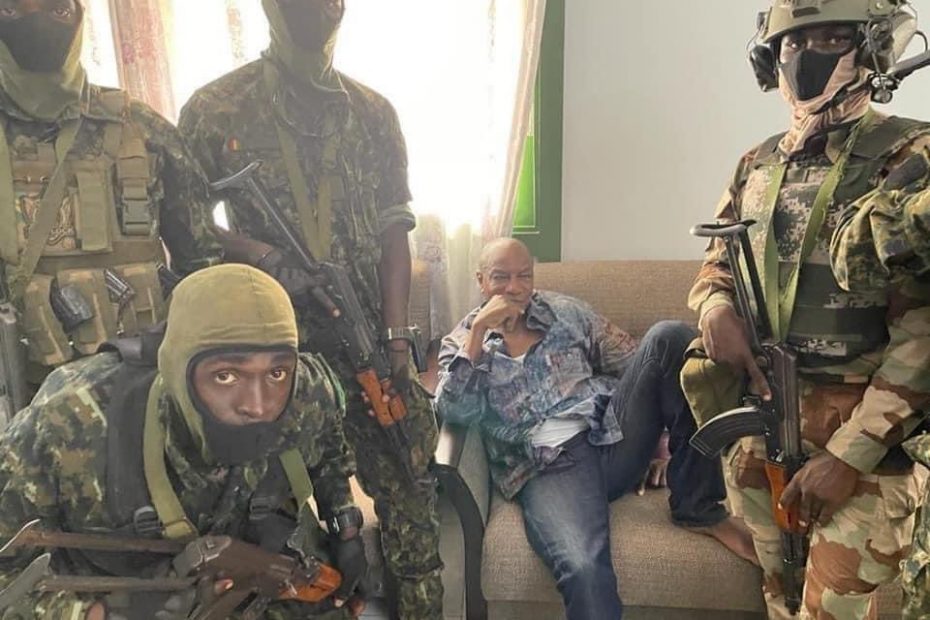 It is not yet clear whether 83 year old president Alpha Condé of Guinea Conakry will still rule the country as he is under his captors.

On Sunday September 5, president Alpha Condé was seen in an unverified video online with soldiers claiming they have kidnapped him.

The soldiers later appeared on the countries national television, claiming they have dissolved the government.

The countries defense ministry said the “attempted” coup d’état was masterminded by the presidential guards.

Sitting barefoot on a sofa wearing jeans and a printed shirt, he does not have any visible injuries. His current whereabouts are unknown.

According to the defence ministry, forces loyal to the president have contained the threat and repelled the group of assailants, though the president’s fate and that of the country is still unknown as of now.