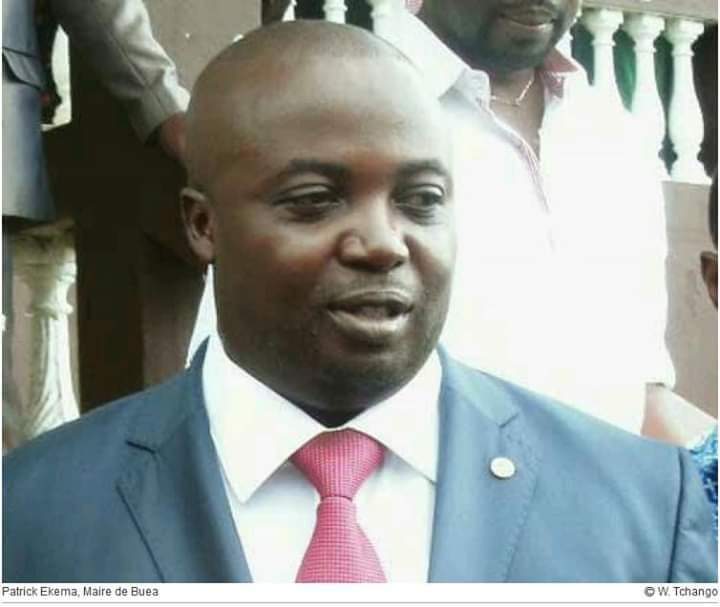 Barely a few days after the demise of the Mayor of Buea, Ekema Patrick Esunge, speculative causes of his death such as Cardiac arrest and poisoning have been making rounds on social media platforms.

A Cameroon Facebook influencer posted that she believes the diagnosis of cardiovascular complication is more valid than poisoning saying the late Mayor had had multiple cardiovascular risk factors.

However, in an article that went viral on many WhatsApp groups, apparently being copied from Facebook pages says he was poisoned with a substance known as Botox.

According to the article purportedly written a certain Mariline Eko Nalowa of Cameroon Tribune, a forensic expert by name Dr Pascal Sunjong, who is quoted to have studied the report, says “the report contains strong evidence, in my view conclusive evidence; Ekema was poisoned on Saturday evening while drinking what appears to be wine. The portion was over-dosed, and powerful to knock him off in a few hours. He did not die of a cardiac arrest, our cardiac tests proved.”

The article further says police investigation reveals that Ekema had a drink with three young unidentified ladies at Sawa Hotel in Douala, a few hours before his death.

Furthermore, the article quotes a certain Commissioner Edward Luc Mbessi as saying that it is inconclusive to say he was poisoned by the ladies

The same supposed commissioner is also quoted as saying that it is clear that he could have been targeted by separatists who had always found a crack to bridge Ekema’s security.

The article titled, “Cameroon doctors find levels of Botox 18 times higher than normal in first forensic tests on Buea Mayor’s body” opens by saying that “the first forensic tests on samples taken from Ekema Patrick’s corpse in Douala have shown unexpectedly high levels of the neurotoxic protein, suggesting the Cameroon statesman could have been poisoned with the rare and lethal substance.

According to the article, the Douala forensic report was handed to representatives of Ekema’s widow and representatives of the Buea Municipal Council Authorities on Monday and that a copy of the report was obtained exclusively by the Cameroon Tribune, which shared it with the CRTV before publication.

After independent investigation, the article has been challenged as fake and propaganda-based.

Expert analysis says “Botox is a substance used by women to enlarge body parts like lips and their back side. It’s been used mostly by Westerners who have access to this substance. It’s a very expensive substance”

He says with this, it dismisses the fact that it could have been used by local girls in Douala as indicated in the article.

Botox is used medically to treat certain muscular conditions, and cosmetically to remove wrinkles by temporarily paralyzing muscles and that it is made from a neurotoxin called botulinum toxin that is produced by the bacterium Clostridium botulinum.