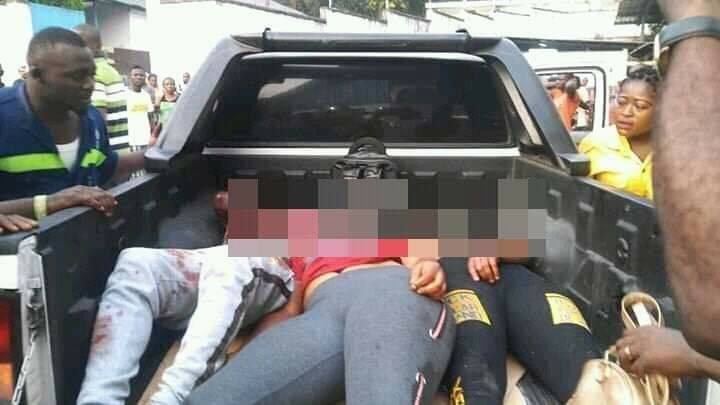 Two workers of the brewery company, Supermont, have been killed in a shoot out between Ambazonia forces and Cameroon military

Occurring this morning at Ekona in the South West region, the girls were part of a military escort riding through the Ekona road.

MMI reports that the girls were on their way to work using the military escort when the attack began with random bullets fired.

In a later report, the toll increased to three; the third person died at the hospital after profuse bleeding while others injured are currently under medical attention.

Since the onset of the crises, Ekona has recorded constant attacks and several people have been killed in bullet exchanges and at other times of attack.

On September 7, 2018, over 10 people were executed on their way back from their farms – the number included a man and his four children.

One of the bodies was identified as Katche Betrand, an ex- Student of PSS Wum.

Separatists levied the blame on a military hilux coming from Muyuka heading to Buea.

The list goes on ! Here is a quick compilation of some most deadly battles recorded in the history of the Anglophone crisis in Cameroon