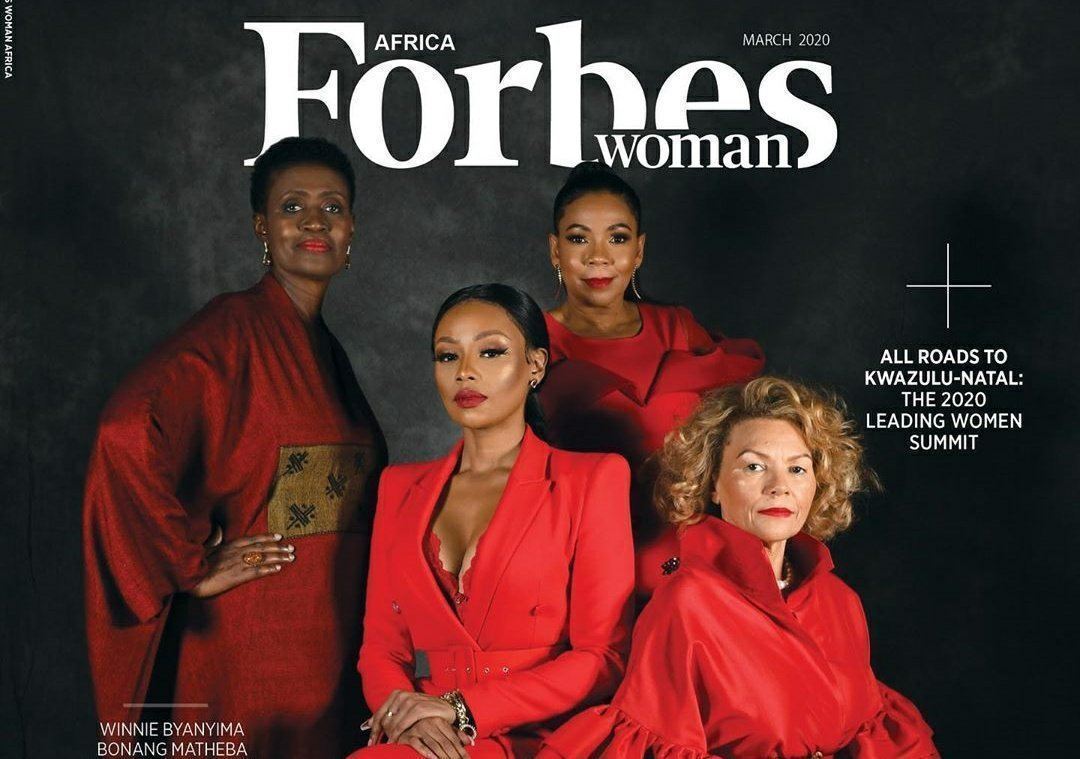 In the spirit of the upcoming women’s day, Forbes Woman Africa has released their March 2020 cover.

The issue celebrates 50 of the most powerful women in Africa.

Winnie Byanyima is a Ugandan aeronautical engineer, politician and diplomat.

Appearing on the cover of Forbes is the stamp of approval that these business persons are evidently creating an impact and have works worth celebrating.

Cameroonian born Rebecca Enonchong hits the platform for the second time. Enonchong, a technology entrepreneur and founder of AppsTech was first listed on Forbes as one of the ’10 Female Tech Founders To Watch In Africa’ during the 2014 edition.

She is best known for her work promoting technology in Africa.

Enonchong has been a recipient of various awards from organizations such as the World Economic Forum.

In 2002, The World Economic Forum of Davos, Switzerland named her a Global Leader for Tomorrow (GLT) along with other tech entrepreneurs such as Google co-founder Larry Page and Salesforce.com CEO Marc Benioff.

In 2013, she was recognized as a finalist for the African digital woman award.

Enonchong has also gained notoriety as one of the more followed sources for African tech news on Twitter, with over 30 thousand followers. Her handle, @Africatechie, has become a nickname for Enonchong in IT circles.

Other Awards By Rebecca Enonchong :