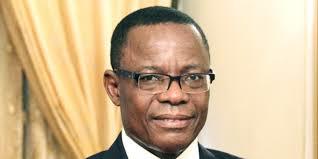 Maurice Kamto, leader of the MRC opposition party has called for Monday ghost towns in the French speaking regions of Cameroon.

Speaking in a live video that explained the second phase of his resistance, Kamto called on those in the French regions of Cameroon to show solidarity for their English speaking compatriots by observing a half day ghost town.

“From the remaining days of November to the end of December 2018, observe a half day without activity ghost town every Monday beginning from 1pm” Kamto said in a video posted on his official Facebook page.

The opposition leader has also said he plans a consistent national protest in January 2019.

“From january 2019, if the power persist in the military option and there is a refusal of any political action, I will call Cameroonians from all regions and suburbs for a gigantic peaceful march every Saturday”.

While maintaining that his resistant actions are legal and in accordance with the law, he has called on the government to demilitarize the English speaking regions and called for a halt in the use of force and bullets on both sides.

“To soldiers of all regional origins, let them kill us if they want. But I ask powers to stop the use of arms and resolve to inclusive dialogue”

To the restoration forces, the opposition leader said he understands their issues and wishes that they heed to meaningful dialogue and join hands to bring peace.

Kamto amongst other issues raised in the phase two of his plan, has called on international bodies to urgently intervene and not wait for many more lives to be wasted.

He equally applauded the work of the the Ayah Foundation under Abine Ayah Ayah and asked that Cameroonians support the foundation to aid refugees and those affected by the crisis.