As a result of continues insecurity and turmoil in the the English speaking regions ,there has been an imposed week-long night curfew which starts every 8pm to 6am, running for a week.

This is as a result of threats from secessionists activities against the forces of law and order.

The anglophone crisis which began since October 2016 has resulted to the death of many (both military and civilians), others injured while thousands have fled to neighbouring Nigeria as refugees.

In the start of January 2018, the crisis became violent in some regions, especially in Manyu Division where many casualties were recorded.

Many have been killed in open confrontations between troops and protesters.

To this effect, Northwest regional Governor, Adolphe Lele Lafrique, in a signed release ordered that movement of people and property be restricted for “one week renewable”.

The restriction which does not apply to “administrative authorities, forces of law and order, persons and vehicles in possession of special authorisations to circulate and ambulances”, promises to sanction any defaulters. 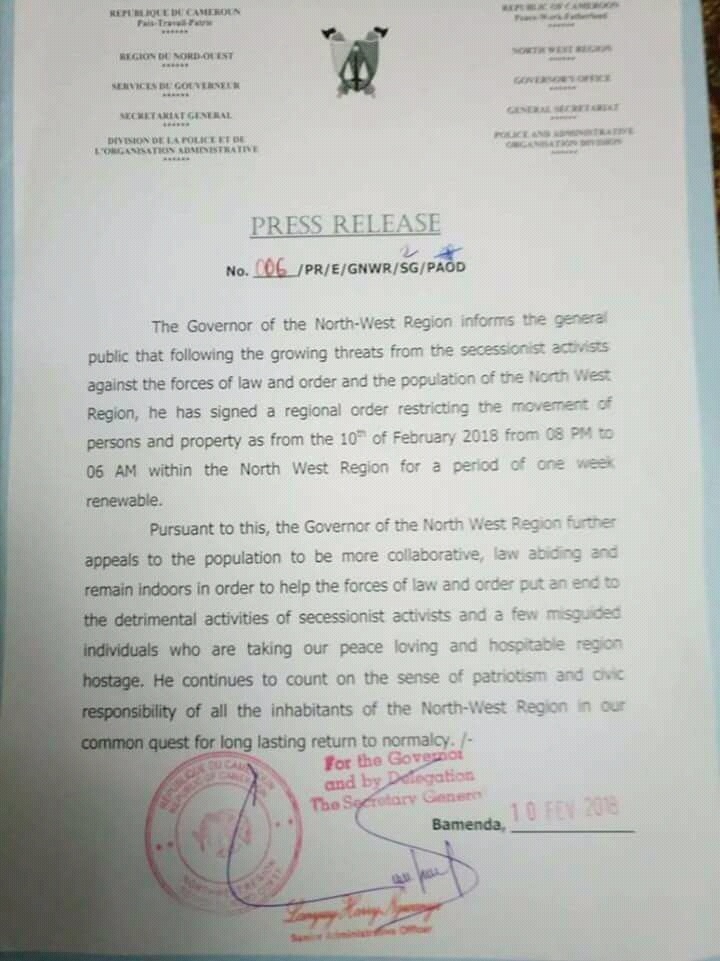 It said all businesses and public places would remain closed while night travel buses were expected to leave town before 8pm.