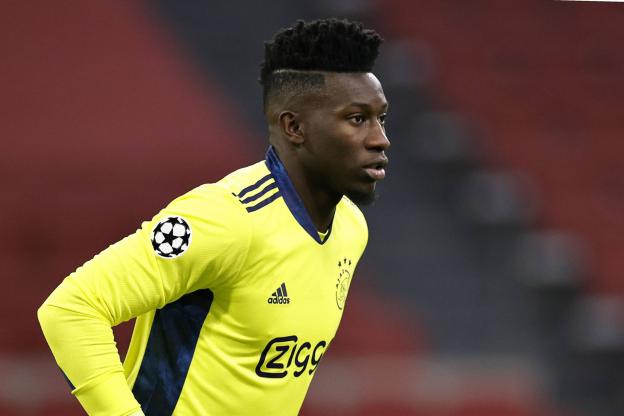 Cameroon and Ajax goalkeeper, Andre Onana has been handed a 12 month banned from professional and international football.

Onana has failed in taking part in the clubs covid-19 test.

According to information from Ajax, the Cameroon international has been banned by UEFA after it found the forbidden substance Furosemide in his urine, following the test in October 2020

“Onana’s confusion resulted in him mistakenly taking his wife’s medicine, ultimately causing this measure to be taken by UEFA against the goalkeeper,” his club said

Ajax managing director, Edwin Van der Sar said the banned has weaken their spirit, adding that they will appeal for it to be reduced.

If this decision is considered, it means Onana will also be unavailable for Cameroon until February 2022, including the Africa Cup of Nations in January should they qualify.