A statement released by Barrister Felix Agbor Nkongho (Balla) on Sunday April 8, 2018 has decried abhorrent attacks on civilians by armed groups in the phase of the Anglophone crisis of Cameroon.
This statement was issued following the reports from family sources that an armed group abducted, Justice Mbeng Martin, former vice president of Court of Appeal in the South West Region.

While condemning attacks on civilians by armed groups, Agbor Balla would also condemn all kidnappings and calls on those in charge to stop such acts and return Justice Mbeng.

You can now download and read your favorite Cameroonian newspaper on ARREYBuy. Click Here to get copies.
These kidnappings happen to be one of many which have occurred in the past 6 months in the heat of the Anglophone crisis. While dialogue delays, the fighting group has been persistent in their hit and run attacks and resolved to kidnapping authorities for a ransom as a means to score the political concessions. At least 4 others were recently kidnapped and later released.

The Anglophone crisis which is clocking two years is yet to get a solution. In his communique, Barrrister Agbor Nkongho suggests that the stalement can be ended when all parties seek constructive negotiations which would lead to a peaceful settlement, long term stability and equal opportunities for every citizen. 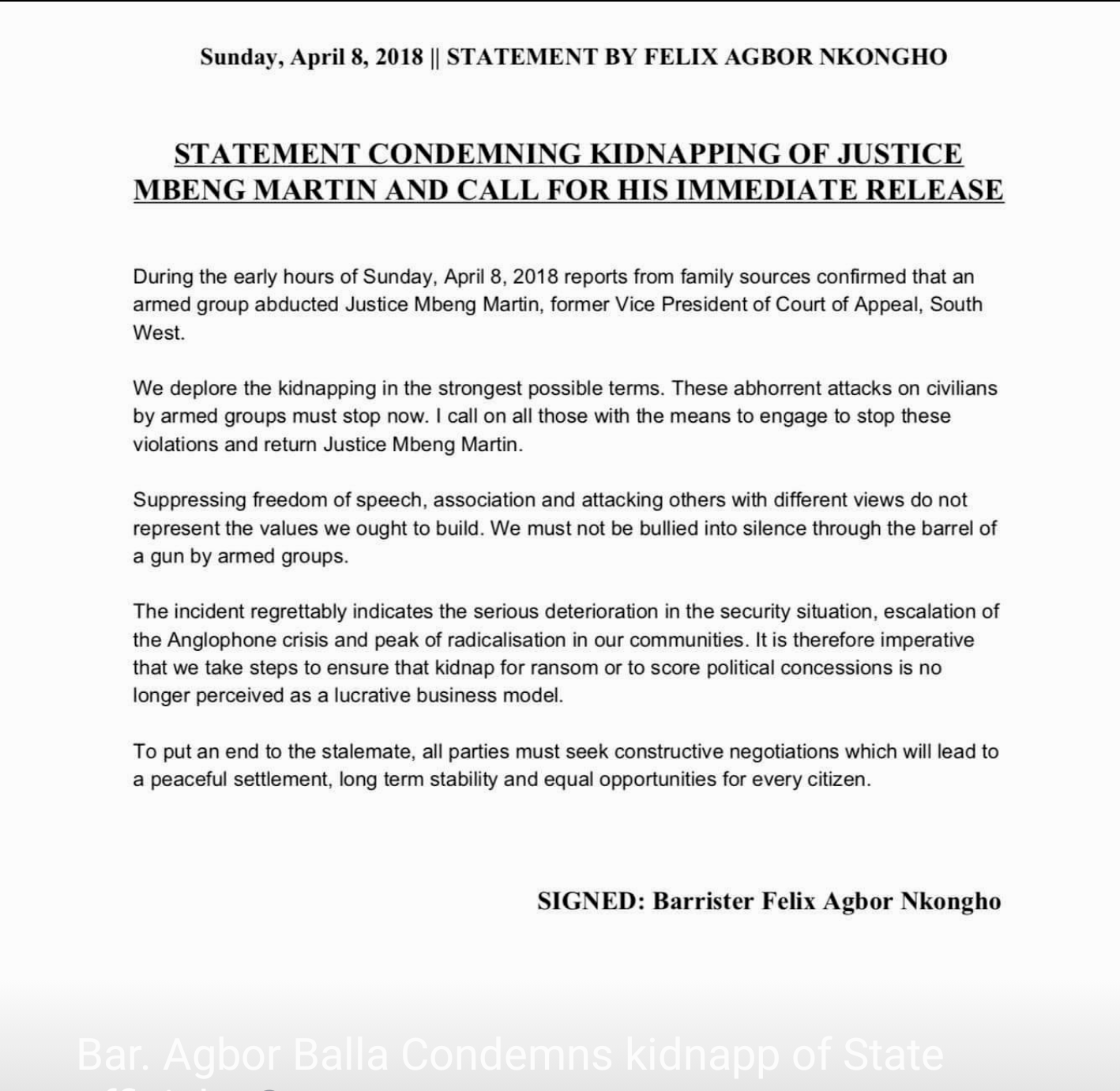