3 Dead In A Week: Nkwenti, Solo Like Polycarp, Killed After Crisis Testimony On Ambazonia War - ARREYB

3 Dead In A Week: Nkwenti, Solo Like Polycarp, Killed After Crisis Testimony On Ambazonia War 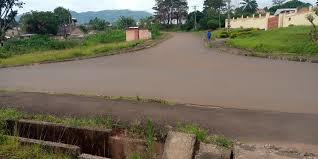 Nkwenti is the second to be killed this week after making a public outing in relation to the ongoing fight between separatists and Cameroon military forces.

He featured in an interview aired on CRTV news yesterday night as he publicly declared his activities at the head of a vigilante group which mobilised to stop insecurity in Bamenda.

That Scorpion led a government sponsored armed group is what this reporter could not independently verify at the moment of this report .

But in a September 30, 2019 publication, Daily News Cameroon accused Minister of Territorial Administration, Atanga Nji Paul (elite from Bamenda) for sponsoring the Scorpion led gang and providing them with arms.

Another gang member, Solo was killed alongside Scorpion. The two were shot by unknown gunmen at up station few meters from hot spot in Bamenda.

Click to Buy With Mobile Money : “How To Make Money, Build Right Relationships With Social Media” by Arrey Bate

Reports say Scorpion was a butcher and had just slaughtered some meat preparing for the market. He leaves behind a wife and kids.

However, No one has claimed responsibility for their shooting.

Their death adds to that of Polycarp, an alleged ex separatist fighter killed early this week after another public declaration that he has dropped down his arms.

Ikom Polycarp Bah was killed Wednesday night at his home on the outskirts of Zongokwo-Wum.

He was hailed early in the day in front of the North West Administration during the installation of some civil administrators.

There should be measures to protect them and their families. Worst , the killing of these men happened in their homelands, buildings less secured and terrains mastered by separatist fighters.