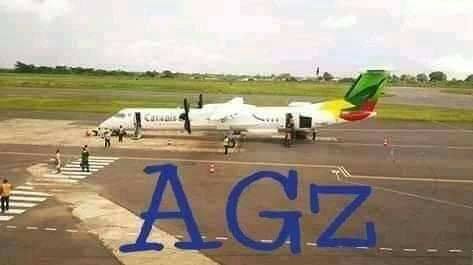 Sunday December 1, 2019, a plane belonging to the Cameroon Airlines Corporation [Camair-Co] was grounded after it was shot at landing by unidentified gunmen.

At least 14 bullets were fired into the cabin which made the plane dangle in the wind.

“No loss in human life was recorded and thanks to the bravery of the Captain, the aircraft was able to land smoothly despite the impact on its fuselage” – the airline said.

The flight was scheduled to leave Douala for Bamenda in the North West Region, landing at the Bafut airport.

The airline has grounded the plane in order to assess the nature of the impact in consultation with relevant technical authorities. 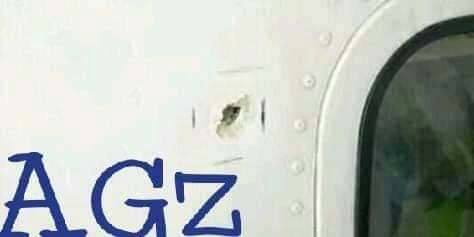 Hours after the incident, Ayaba Cho, a separatist leader and president of the Ambazonian Council has claimed responsible for the attack on the aircraft.

Cho told Reuters that the commercial planes were being used to transport soldiers and weapons and he (as Commander) had warned Cameroon Airlines and its passengers that planes will be shot at if they do not provide flight schedules ahead of time.

“This is war, If we cannot confirm, we will consider all planes coming in as a security risk,” he said.

A reckless government reaction to a peaceful strike started by lawyers and teachers demanding reforms in 2016, the Anglophone crisis in Cameroon has developed into a blood bath with daily gun battles.

Secessionists say they must fully establish the independent state of Ambazonia and will only meet for peace talks with the government if the discussion is brokered by a third party such as Switzerland.

On her part, the government has rejected all offers of legitimate mediation in the crisis.

The blood bath of the Cameroon Anglophone crisis has claimed more than two thousand lives, over two hundred villages burnt and more than half a million people displaced.