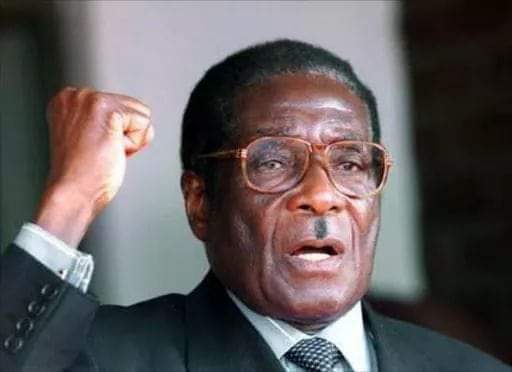 Zimbabwe’s long-serving president Robert Mugabe has died in Singapore at the age of 95, the current president Emmerson Mnangagwa said.

Mugabe had been travelling regularly to Singapore for treatment and died after a long battle with illness, his family said.

He ruled Zimbabwe for nearly four decades, before he was forced out in a military coup in November 2017.

Mr Mnangagwa said in a statement posted to Twitter: “It is with the utmost sadness that I announce the passing on of Zimbabwe’s founding father and former President, Cde Robert Mugabe.

“Cde Mugabe was an icon of liberation, a pan-Africanist who dedicated his life to the emancipation and empowerment of his people. His contribution to the history of our nation and continent will never be forgotten. May his soul rest in eternal peace.”

Born in 1924 in what was then Rhodesia, Mugabe went on to co-found a resistance movement against British colonial rule, and was jailed for 10 years between 1964 and 1974.

When the newly independent Republic of Zimbabwe was formed in 1980 he became its prime minister, and assumed the role of president seven years later.

His status as a freedom fighter meant he maintained widespread popular support throughout much of his autocratic time in power, despite a number of allegations of atrocities against civilians as he quashed challenges to his rule.

In 2000, he led a campaign to evict white farmers from land and hand it to black Zimbabweans, endorsing gangs of land invaders as correcting colonial injustices.

The move contributed to a crash of what was once one of Africa’s most dynamic economies, leading to an 80 per cent unemployment rate and, at its peak, 500 billion per cent inflation.

Yet Mugabe continued to win elections, his opponents say as a result of widespread tactics of intimidation and manipulation.

Even after he was ousted by his own armed forces in a de facto coup, Mugabe refused to accept the loss of power.

He rejected his own Zanu-PF party’s attempts to expel him and clung on to the presidency for a week until parliament started formal impeachment proceedings.

Mugabe described the coup – and the subsequent wild celebrations across the country – as an “unconstitutional and humiliating” act of betrayal, and it left him a broken man. He spent his last years constantly travelling between Singapore, where he was receiving medical treatment, and his sprawling “Blue Roof” mansion in Harare.

Kenyan president Uhuru Kenyatta said: “In this moment of sorrow, my thoughts and prayers go out to his family, his relatives and the people of Zimbabwe who, for many years, he served with commitment and dedication.

“Words cannot convey the magnitude of the loss as former President Mugabe was an elder statesman, a freedom fighter and a Pan-Africanist who played a major role in shaping the interests of the African continent.

“Indeed, we will remember former President Mugabe as a man of courage who was never afraid to fight for what he believed in even when it was not popular.”

But Former Africa minister and anti-apartheid campaigner Lord Hain said Mugabe had turned from being a “brave liberation hero” into a ruthless dictator who squandered Zimbabwe’s potential.

He added that Mugabe’s legacy would be “very two-sided”, with the early promise of his leadership outweighed by the “corrupt, repressive, dictatorial” approach he adopted.

“He is a tragic case study of a liberation hero who then betrayed every one of the values of the freedom struggle,” the Labour peer said.

“His legacy will be very two-sided.

“On the one hand – brave liberation hero who suffered imprisonment and torture and whom anti-apartheid activists like myself at the time were thrilled to see elected in a landslide in early 1980 with a promise to build a new, non-racial Zimbabwe which respected everybody and brought all races together and somebody who liberated his country from minority, white racist rule under Ian Smith and the old Rhodesia.

“That will be the positive memory.

“But the overwhelmingly negative memory that everybody will have I think is of that liberation hero who was a case study of the leader who betrayed all the values of the freedom struggle and became corrupt, repressive, dictatorial, self-serving and ruthless in eliminating opposition and becoming increasingly interested in enriching himself and impoverishing his own people.”

Zimbabwean opposition senator and human rights lawyer David Coltart said on Twitter: “He was a colossus on the Zimbabwean stage & his enduring positive legacy will be his role in ending white minority rule & expanding a quality education to all Zimbabweans.”