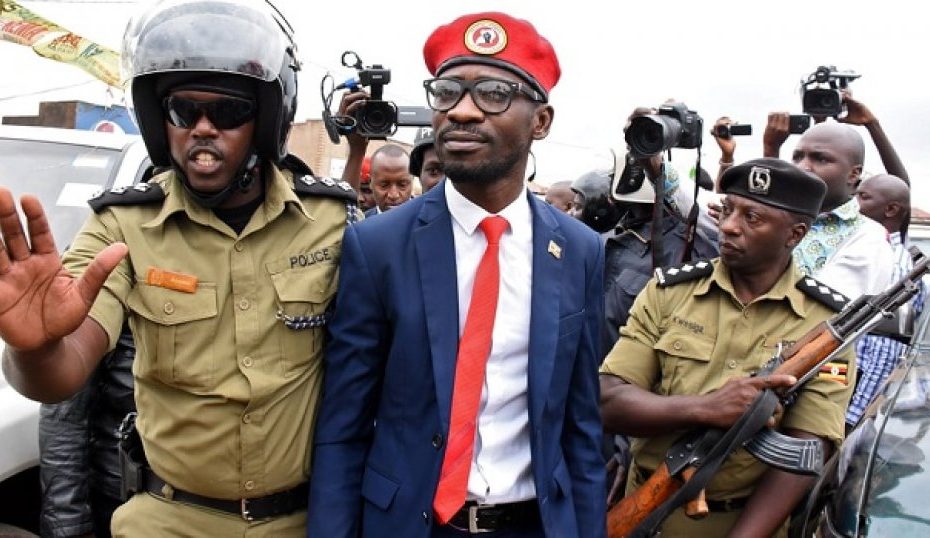 Wine, whose real name is Robert Kyagulanyi was arrested March 15, 2021 in the city of Kampala, Uganda as he was staging a peaceful protest.

“Bobi Wine arrested as he led MPs and other leaders in a peaceful protest against the abduction, torture and murder of his supporters. ..,” as tweeted on his page.

Bobi rejected the results of the last presidential elections that 76 year old Museveni defeated him to rule the country on his sixth mandate.

Just like many other opposition politician leaders in Africa, Wine has been a victim of several arrests.