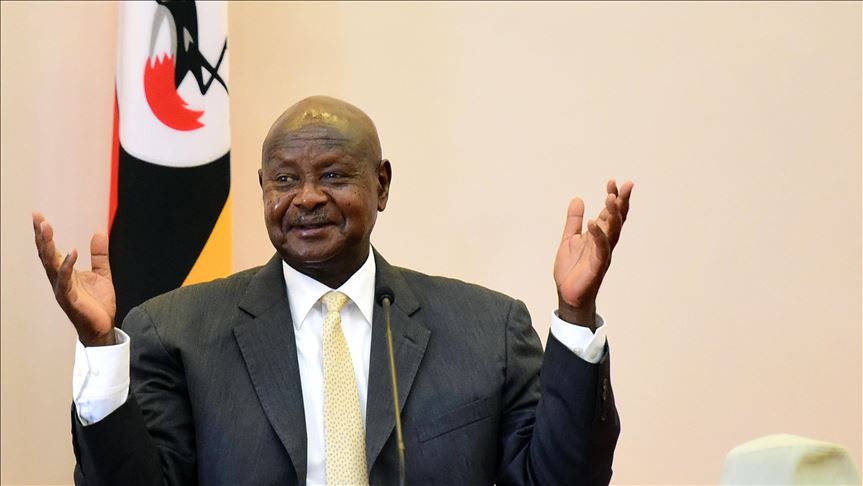 The Electoral Commission of Uganda has declared incumbent president Yoweri Kaguta Museveni as the winner of the recently held polls with a 58.6percent of the vote.

The Electoral Commission chairperson, Justice Symon Byabakama announced that his main rival, Bobi Wine got 34.8 percent of the vote.

Mr Museveni has so far asked Ugandans to remain calm and accept the results of the vote.

“I remind those that are celebrating to be mindful of the COVID-19 pandemic and protect themselves from contracting the virus”.he said.

The former pop star Wine enjoyed support from the young generation which wanted change.
He has so far disputed the Electoral results describing them as a sham.

According to observers, the election had the most violent campaigns where opposition including Wine himself was harassed and arrested.

54 people were shot dead during the whole campaign period.

The over 80 year old Museveni will be one of the oldest and longest-serving presidents in Africa.