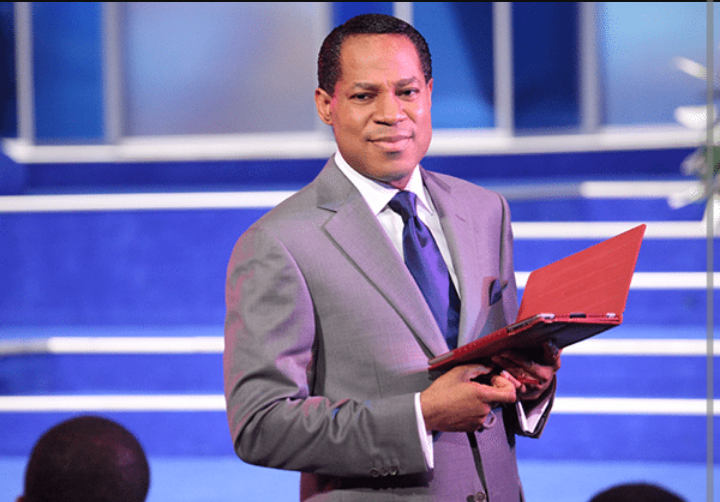 Well I personally would accord Pastor Chris the full regards and honor of a genuine preacher with a message to the world had he sustained a streak in this pattern of propagation of hardcore practical truths irrespective of what people think about it.

But he had since taken the easier route to only tell people what they want to hear as against what they need to hear!! But then I doubt if he would still have congregations if he hadnt conform. And a congregation means more money, so sincerely understand.”

He further claims that many who supported this message were cohorts of this act.

And for men who are unmarried or living with a girlfriend who attends to their cravings, they will be left without an option but to literally “take matters into their own hands”

Even married men and men living with a girlfriend may opt for the solution often time as the situation requires.

Women sometimes will just not be in the mood, and such times, if your attempt to fix her in the mood hits the rocks, all you have to do is leave her alone and “take matters into your hands”

Sometimes it’s their monthly periods, other times she gets a little sick, heavily pregnant, newly delivered of a baby etc. and needs to be excused for a while from intercourse.

Rather than cheat on her, it is best that you simply “take matters into your hands”

I am sure she won’t mind about your option should she get to know it unless she’s some really daft punk!

Pastor Chris has been divorced for two years and running yet hasn’t remarried since and doesn’t bother about it. What else do you think could have kept him sane, sound, hale and completely hearty?”

However, the clergy has been noted for many bold statements which may go against the traditional Christian ethics per say.

One thing that remains amazing is the fact that Pastor Chris succeeds to pull hundreds of thousands from all over the world, producing the worlds best-selling devotional, Rhapsody of realities which is perhaps changing lives and breeding the worlds best gospel artists and talents. This remains a mystery to critics.

When the clergy divorced some years back, many had called him fake but he would say little or nothing about the divorce publicly. Till now what many think about his divorce remains rumor.

Many fishy statements made, Some say such a handsome and influential man would hardly remain in emotional want owing to the fact that his church produces a breed of beautiful ladies.

Despite the talks, Pastor Chris is undoubtedly soaring in great influence and affluence.