Nigerian by birth, the Priest of the Catholic church was taken a few minutes after conducting mass service in one of his stations.

Mbakang is one of the congregations under the Afab Paris which he heads.

No armed group has claimed responsibility for his abduction and no one knows where the clergy is kept at the moment.

Father Felix Ezeaka is Parish Priest of Afab in Central Ejagham, Manyu Division. He had been away on holidays in Nigeria and just returned on Saturday October 20 to resume service with mass on Sunday.

“How To Make Money, Build Right Relationships With Social Media” by Arrey Bate

“Let the world know what our priest suffer from the hands of the Military and the Amba fighters for speaking the Truth and standing by it!!!” a source in the in the Mamfe Dioceses told The Voice newspaper. 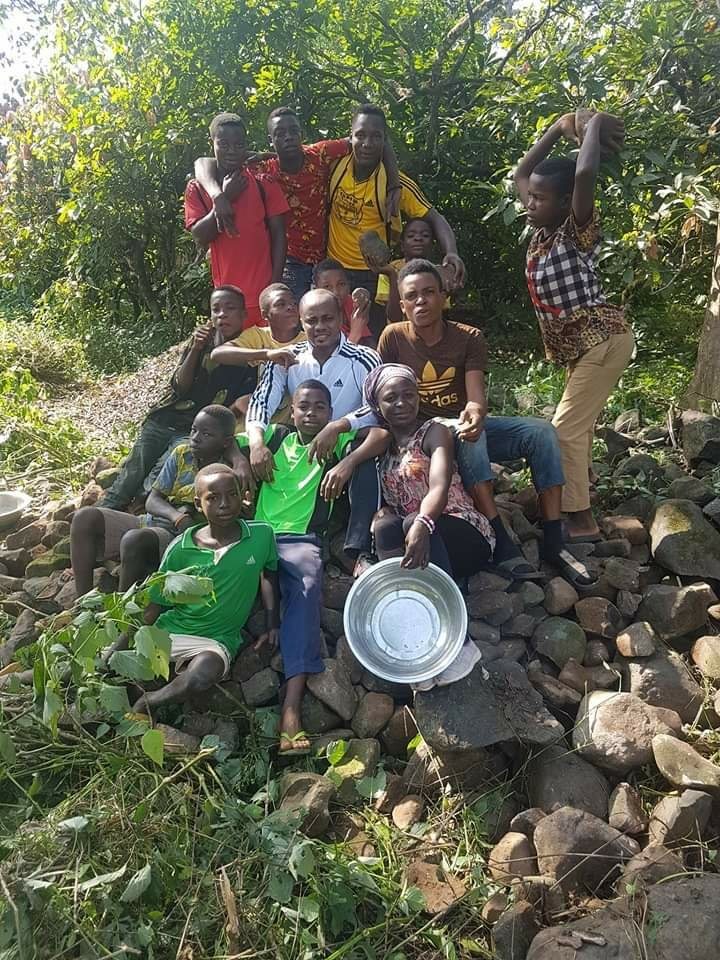 The activist claims the clergy who has been offering services to displaced persons in the bush has been repeatedly harassed by the Cameroon military and there is no doubt the reason he was abducted. 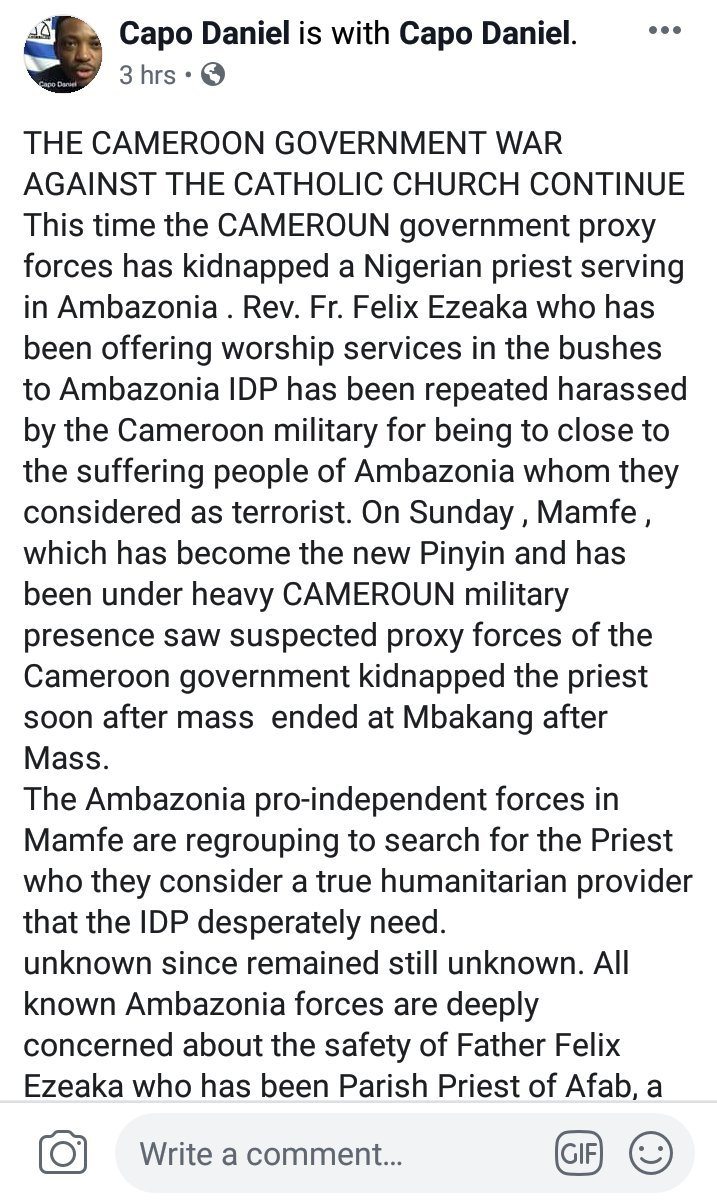 Open Letter On The Anglophone Crises: Bamenda Bishops Write On The “Pain Of Anxiety” Inflicted On Christians