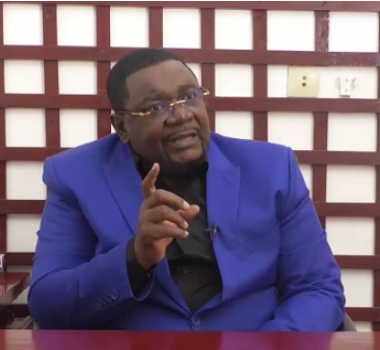 The prolific politician of the Moungo division in the Littoral region and president of the Patriotic Movement for New Cameroon (MPCN) is no more.

According to state media, he died at about 1am March 22 in a hospital in the Douala, aged 55.

The exact cause of his sudden demise has not been disclosed, but sources say he died from a ‘complicated health issue’ after being hospitalized for a while.

Eric Kingue was a prison warrior, after he was arrested in 2008 for leading a hunger strike in his division, Moungo.

Imprisoned for about 7 years, Eric Kingue was released in 2015 and he was later voted as mayor of the Njombe-Penja local council.

Eric Kingue later joined Maurice Kamto’s CRM political party which was critical against Biya’s government, but he was sent to prison again in 2019 in connection with the 2018 presidential election.

After his released with Maurice Kamto, Eric Kingue parter ways to form his own party, MPCN, accusing Kamto of derailing from the initial vision and goals of CRM party.

Eric Kingue was a prolific and dynamic leader who engaged in developing his community.

His community is in shock after learning about his sudden and unclear exit.