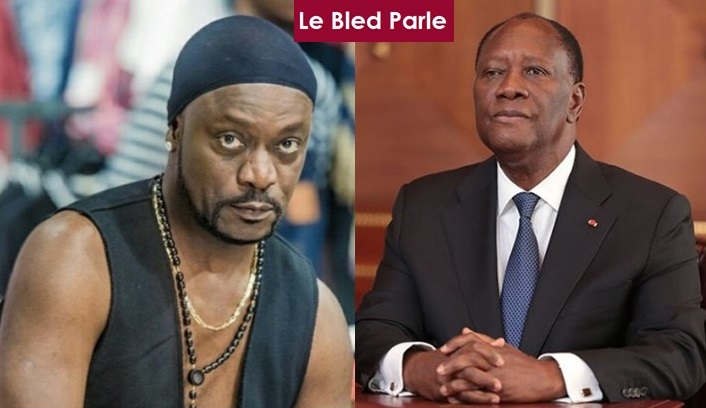 Months ago, Ouatara initially said he would not run the race anymore.

“Ivorians are not dumb, they will stand up to fight” Meiway said in a video he addressed to the president

I have just followed the TV interview that confirms your candidacy for a 3th term in the upcoming presidential elections contrary to the commitments you have solemnly made before the Ivorian people.

By succumbing to temptation and political eternity, you risk making Ivory Coast sink into a chaos that we thought was forever distanced.

Will you sacrifice everything you have built to rank on the wrong side of our country’s history…?

Will you fall without resisting the tragic destiny of African Heads of State obsessed with power…?

Mr President, you still have a chance to escape the predators who are waving around you for their interests and not yours.

If there is no person in the young generation competent to succeed you, you have therefore failed Mr President, and it must be recognized by giving up this 3th term which won’t be too much;
because the Ivorian people who carried you, who accompanied you to the Supreme Judiciary, may disrespect you.

I thank you in advance for your attention, please Mr. President