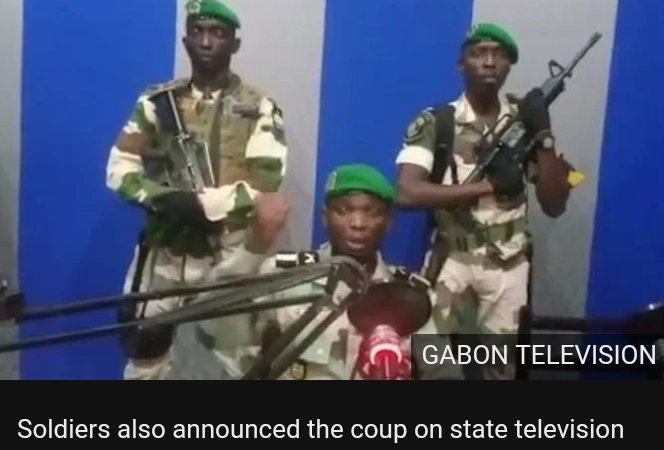 Junior officers say they have seized power in oil-rich Gabon, where the ailing leader’s family has ruled for 50 years.

Soldiers in the west African country say they launched a coup “to restore democracy”.

They took control of the national radio station at 04:30 local time (03:30 GMT) to read a short statement announcing a “National Restoration Council”.

Tanks and armed vehicles can be seen on the streets of the capital Libreville.

Ali Bongo succeeded his father Omar Bongo as president in 2009. He narrowly won re-election in 2016 in a poll marred by violence and accusations of fraud.

Mr Bongo, who has been out of the country for two months, reportedly suffered a stroke in October and received treatment in Morocco

He sought to put an end to the rumours about his health with a televised New Year message in which he said he was feeling fine.

Soldiers said they had been disappointed by the message, calling it “a pitiful sight” and a “relentless attempt to cling onto power.”

“It reinforced doubts about his ability to assume the responsibilities of his role as President of the Republic”, said Lt Kelly Ondo Obiang, the leader of the so-called Patriotic Movement of the Defence and Security Forces of Gabon.

He specifically appealed to young people to “take charge of their destiny”.

The insurgents called on soldiers to take control of the transport system, ammunition reserves and airports “in the interests of the nation”.

There is no word so far from the government.

First published by the BBC