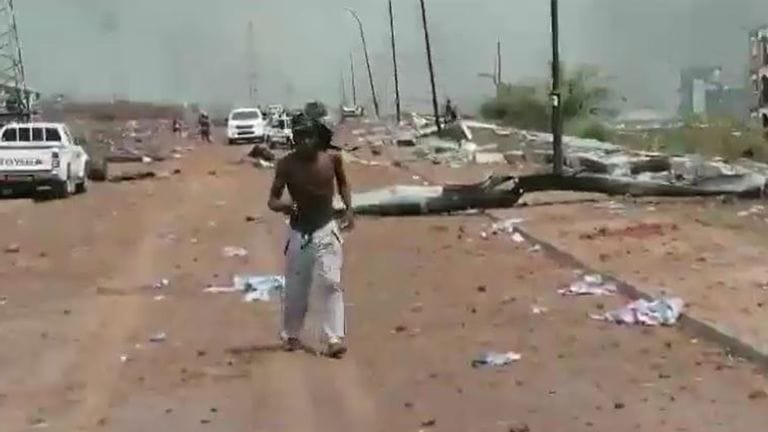 The incident occurred at about 4pm  in Mondong Nkuantoma, Bata – local media reported.

President Teodoro Obiang Nguema while addressing the incident on state media, blamed it on “negligent handling of dynamite” in the military barracks

According to Guinea’s Minister of Defence, the fire was caused by explosion of high-calibre ammunition, as he added that provisional toll was 20 dead and 600 injured