​Reality Or Myth?: “Christianity Is Not The Only Way To Heaven” Says Rev. Shanon Kershner - ARREYB 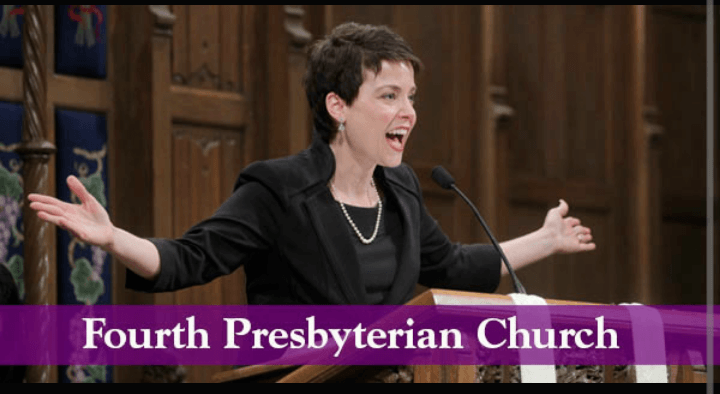 Rev. Shannon Johnson Kershner, leader of the second largest congregation in the Presbyterian Church USA has voiced that Christianity is not the only way to heaven.
The clergy who leads the 5,500-member Presbyterian Church in Chicago said this in an outright podcast with the Chicago Sun-Times.

She was asked the question “Is Christianity the only way to heaven?” to which Rev. Shannon replied:
“No! God’s not a Christian. I mean, we are … For me, the Christian tradition is the way to understand God and my relationship with the world and other humans and it’s for the way for me to move into that relationship but I’m not about to say what God can and cannot do in other ways and with other spiritual experiences”

The Christian Post reached out to Kershner’s office for further comment last Friday but she did not respond at press time.

According to the Presbyterian Panel Survey, 45 percent of PC USA pastors strongly disagree that “only followers of Jesus Christ can be saved.”

Author Robert Velarde, who is a former editor for Focus on the Family, argues that anyone who accepts the Bible as true would also accept that Jesus, who is the head of the Christian church, is the only way to heaven.

In Acts 4:12, the Apostle Peter said of Jesus, ‘Salvation is found in no one else, for there is no other name under heaven given to men by which we must be saved,” he wrote in “Is Christ the Only Way?” for Focus on the Family.

“The question is not whether or not this is a ‘narrow-minded’ position, but whether or not the claims are true. Jesus spoke of a personal creator God who calls everyone to repentance, offering redemption to those who will receive Him. This is not an intolerant or mean-spirited position to hold.

If it’s true, then sharing this message is the most natural and loving thing to do,”

When asked if she believed there is a Heaven, Kershner said “I believe so.”

She picked Isaiah 25 and the poetry of Revelation 22 as among her favorite scriptures.

When asked what she thought about hell, she said she doesn’t think the God she knows from the Bible will be sending anyone there.

ARREYB is popular for its content and thrilling info.

Join thousands who read us daily, follow us on social media @Arreyb’s Blog