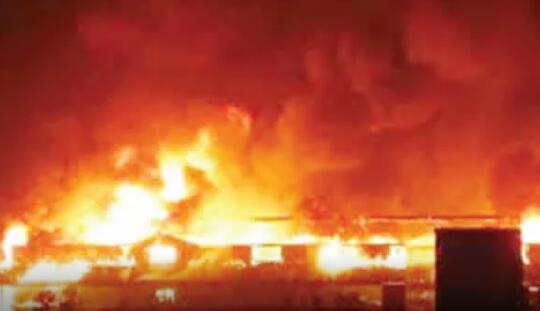 The Magistrates’ Court in Olru, Imo State, Nigeria has been set on fire by a group of young men, about 15 in number.

Our correspondent gathered that the fire destroyed all the documents in the court before it could be quenched.

The Police spokesperson in the state, Andrew Enwerem confirmed the incident to Punch News in a telephone conversation which he referred to it as a “case of suspected arson”.

Enwerem said the Commissioner of Police, Daduki Galadanchi had mandated the Area Commander in charge of Orlu zone to commence full investigations into the matter.

This reporter noted that the burnt court is in the same premise with the high Court, another court which could be the next target as speculated by inhabitants.

Two things remain unclear at this moment; the men are yet to be identified and the reason for the arson attack unknown.

Thousands read and trust ARREYB News Reports daily. You too should !