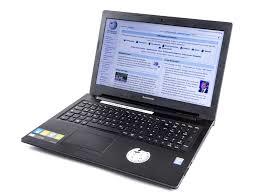 (ARREYB News Reports) The second consignment of the presidential laptops have arrived and was received by Cameroon’s minister of higher education, Prof. Jacques Fame Ndongo.

The 40,000 computers arrived the Nsimalen airport on December 25 and was received by the minister, his close aids and notably the presidential guard who transported the computers to their base in Melen pending distribution.

The distribution began yesterday at the University of Yaounde and it is expected to continue in the Universities of Buea and Bamenda by the end of January.

The minister noted that only students registered through the bio-metric system would receive the laptops.

Worthy of note is the fact that the laptops manufactured in China are branded PB HEV which media analyses to mean “Paul Biya Higher Education Version”.

The laptop promise was made last year by President Paul Biya who planned to boost the digital economy and diffusion of knowledge in his country.

The distribution budget is estimated to be over FCFA 75 billion, Business Cameroon reports.

ARREYB News Reports is Cameroon’s leading online media with thousands who read and trust us daily. You too should !!!