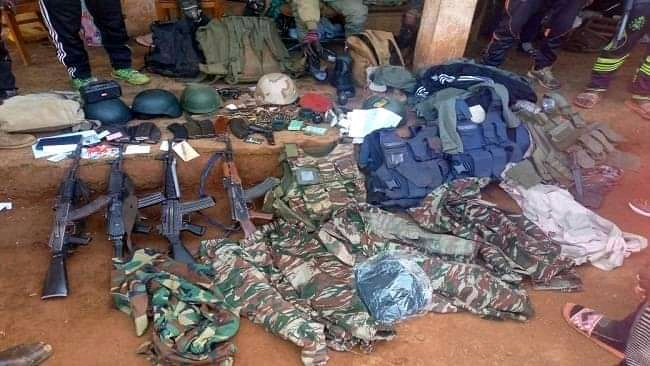 Adolf Lele l’Afrique, governor of the North West region has confirmed that four state soldiers have been killed by separatist fighters in Noni subdivision.

“At about 2:00am, one of the leaders of armed separatist group, ‘General No Pity’ attacked the Gendarmerie brigade at Lassin in Bui, North West region, killing four gendarmes and taking away weapons,” Adolf Lele said on state media

According to a video on social media, the said General No Pity of Bambalang launched the attack at about 2am in the early hours of Tuesday May 25

Sources have revealed that 6 government soldiers were at the post at the moment of the attack.

Of the 6, 4 corpses have been identified, 1 reported missing and the only survivor ran to a nearby post for safety.

It is over 5 years since government soldiers and armed separatists have been engulfed in bloody fights in the Anglophone crisis.

Many have been victims including civilians, government soldiers and separatists.