He has been described as the “most impressive among the most repressive” African leaders.

He is the 4th President of Rwanda, having taken office in 2000 when his predecessor, Pasteur Bizimungu, resigned.

He was re-elected in August 2017 with an official result of nearly 99% in an election criticized for numerous irregularities.

Though his reign has been criticised as he hamstrings opposition by restricting candidacies in elections, government-friendly parties, suppressing demonstrations, and arresting opposition leaders and journalists, his successes as a repressive leader have been amazing with phenomenal changes in building war turned Rwanda infrastructure and economy. The creation of tech companies, stadia, roads and building international trade connections with world powers.

Rwanda under Kagame is heart of Africa 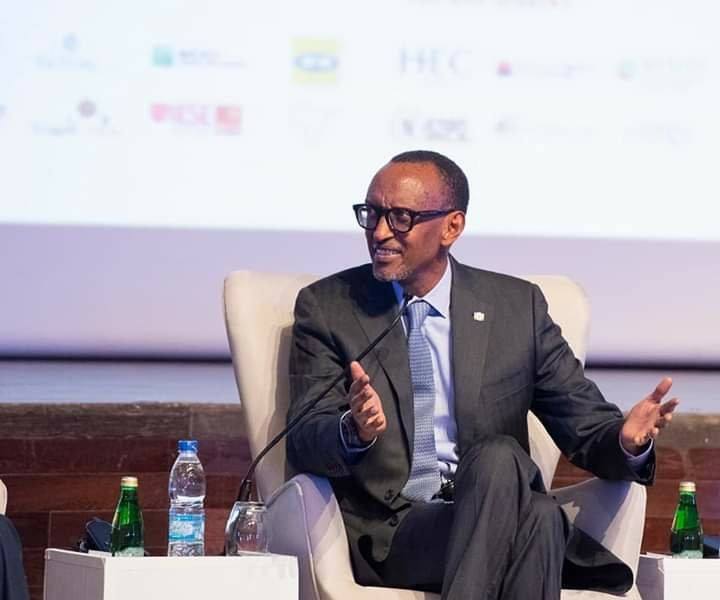 Kagame previously commanded the rebel force that ended the 1994 Rwandan genocide. He was considered Rwanda’s de facto leader when he served as Vice President and Minister of Defence from 1994 to 2000.

On 6 April 1994, Rwandan President Habyarimana’s plane was shot down near Kigali Airport, killing both Habyarimana and the President of Burundi, Cyprien Ntaryamira, as well as their entourage and three French crew members.

The attackers remain unknown. Historian Gérard Prunier, in a book written shortly after the incident, concluded that it was most likely a coup d’état carried out by extreme Hutu members of Habyarimana’s government, and was a planned part of the genocide.

This theory was disputed in 2006 by French judge Jean-Louis Bruguière, and in 2008 by Spanish judge Fernando Andreu. Both alleged that Kagame and the RPF were responsible.