SEE THE MOST DARING WEEK FOR ANGLOPHONES. A “MAKE” OR “BREAK ANGLOPHONE WEEK!!! - ARREYB 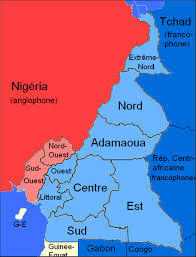 Many thoughts shared on social media have proved this week to be the most daring week for Anglophone Cameroonians as we await certain important decisions. Months into the struggle, this week seems to be the most awaited as it is marked by several upcoming decisions to be made that will consequently affect the phase of the Anglophone struggle. In the few lines below, we struggled to peruse these events and the effect of their decisions on Anglophone Cameroonians.

First, the week unveiled with an impending court session involving religious heads in both Buea and Bamenda, chief towns of the South West and North West regions of Cameroon respectively.

The Bamenda issue postponed while in Buea, the Consortium of Parents, the complainant was absent. Both cases were adjourned to July 24, 2017.

Anglophones, most especially the religious committee looked forward to the final verdict of the governing authorities on this issue.

More so, the rendezvous of  the  Higher Judicial Council to decide the fate of Hon. Ayah Paul Abine, alongside the upcoming ‘decision day’ at the Yaounde Military Tribunal on the possible liberation of Barrister Agbor Balla and Dr. Fontem Neba, all on Wednesday June 07, 2017.

Ayah Pauls fate to be determined and the Consortium leaders fortune to be told, Anglophones are eager for verdict.

Lastly, the opening of the twin sessions of both houses of Parliament on Thursday June 08 2017 as quoted by Bar. Ayah Ayah is a waiting scene for Anglophones.

With all these, the make or break Anglophone week dares our patience