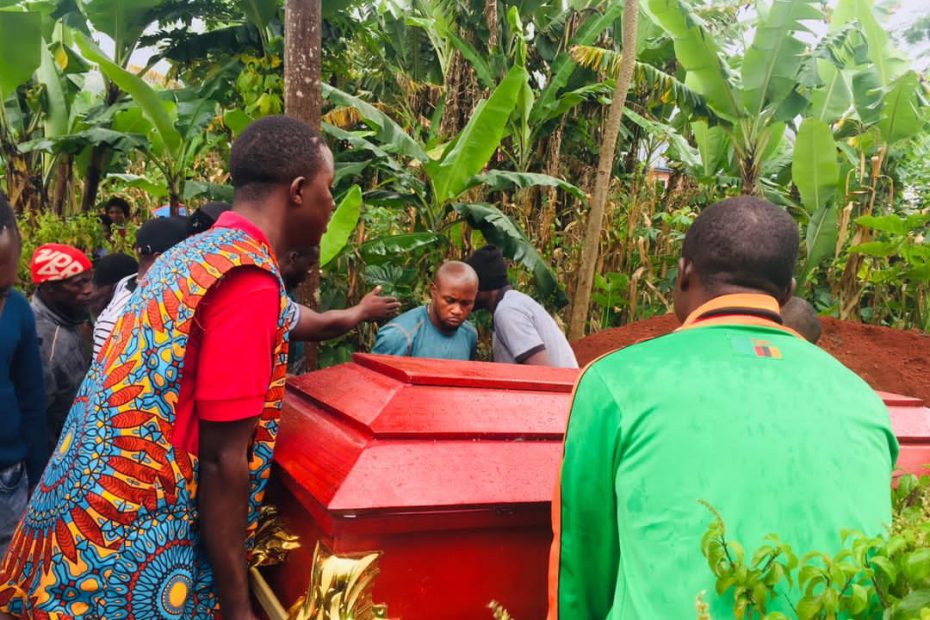 Ma Mantoh has been laid to rest, after she was butchered to death by her own ‘son’

On Monday August 30 at about 11am at Mile 5 Nkwen Bamenda, the woman was killed in front of her house by Blaise, a child that she brought up from childhood.

Circumstances leading to the incident is unclear, but a family source said Blaise had a quarrel with the woman who is normally his aunt.

“I came home on Friday and our mother said Blaise brought some Irish and tomatoes home and she told him to take them away,” our source said, adding that it is the reason for their mother’s death, after a quarrel on the issue.

The old woman died on the spot, while angry population manhandled Blaise before security officials rescued him.

Blaise was brought up by Ma Mantoh, after her mom died when he was still 5.

Our source added that Blaise came back from Dubai and was living with the old woman before committing the act, though they ‘believe something is behind the act’ said our source whom preferred to be anonymous for family reasons.