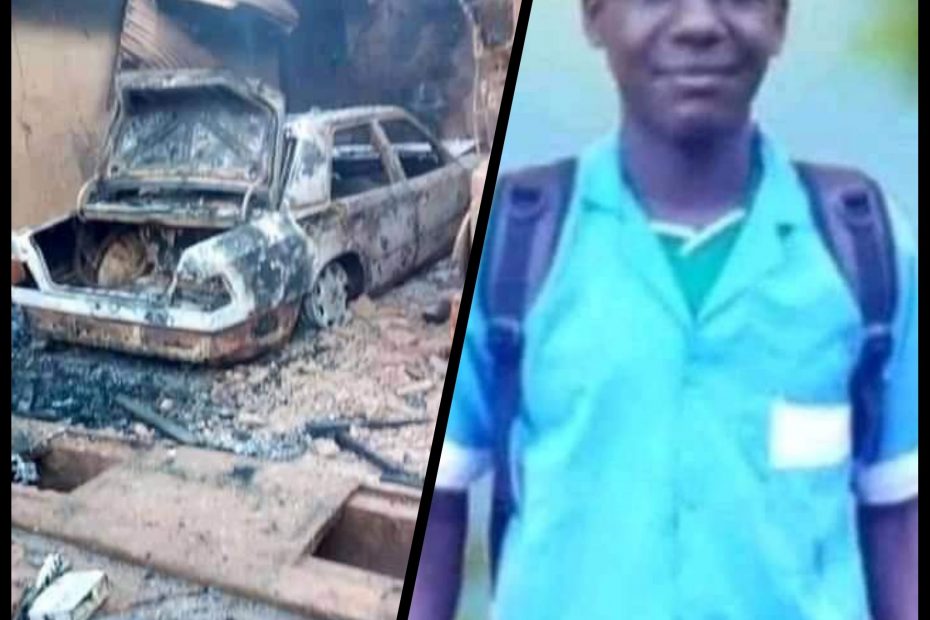 A 14 year old was reportedly raped to death by his male teacher in Bangante, West region of Cameroon

Early Tuesday, the population of Bangante went on rampage when news of the boy’s death broke out.

In a report from MMI, the teacher hung the boy to a rope after penetrating him, and claimed the kid died by suicide

But onlookers who watched the teacher leave with the boy refused to accept an explanation that he died by suicide.

In a recent update, an autopsy report revealed the body had been sexually violated and the angry mob has set the teacher’s house and car on fire.

While authorities have reached the scene, the mob has been demanding that the teacher be released to the population for mob beating

“What a wicked world, the population should get him and finish with him immediately. He has been arrested but soon you will see him in the quarter. Why kill this innocent boy?” someone lamented