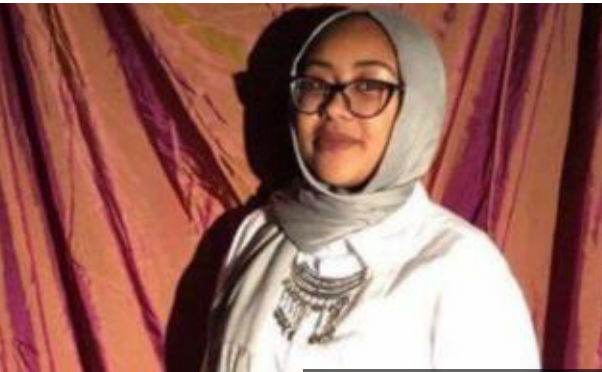 friend’s identified this picture to be Nebra’s

US police in the state of Virginia have found the mortal remains of a girl believed to be Nebra, 17 year old Muslim girl who was assaulted close to a mosque.

The teenager was with her friends when they got into a dispute with a driver in Herndon.

At the moment of this report, the reason for this attack had not been disclosed but the police have arrested a 22 year and charged him for murder. He is also investigated for hate crime.

Washington Post reported that Nebra and a group of five teenagers had visited a restaurant for a late night meal after prayers in the holy month of Ramadan. The group was confronted by the driver at about 8:00 GMT as they walked down the street. They girls ran into the mosque but Nebra who was slow was discovered missing. The police said in their search, they stopped the car of one Darwin Martinez who was driving suspiciously and took him to custody.

Later, the police found her remains in a pond about five kilometers away from the scene. Another media adds that a baseball bat was also found while authorities say there would be a performed autopsy to know the exact cause of the death.