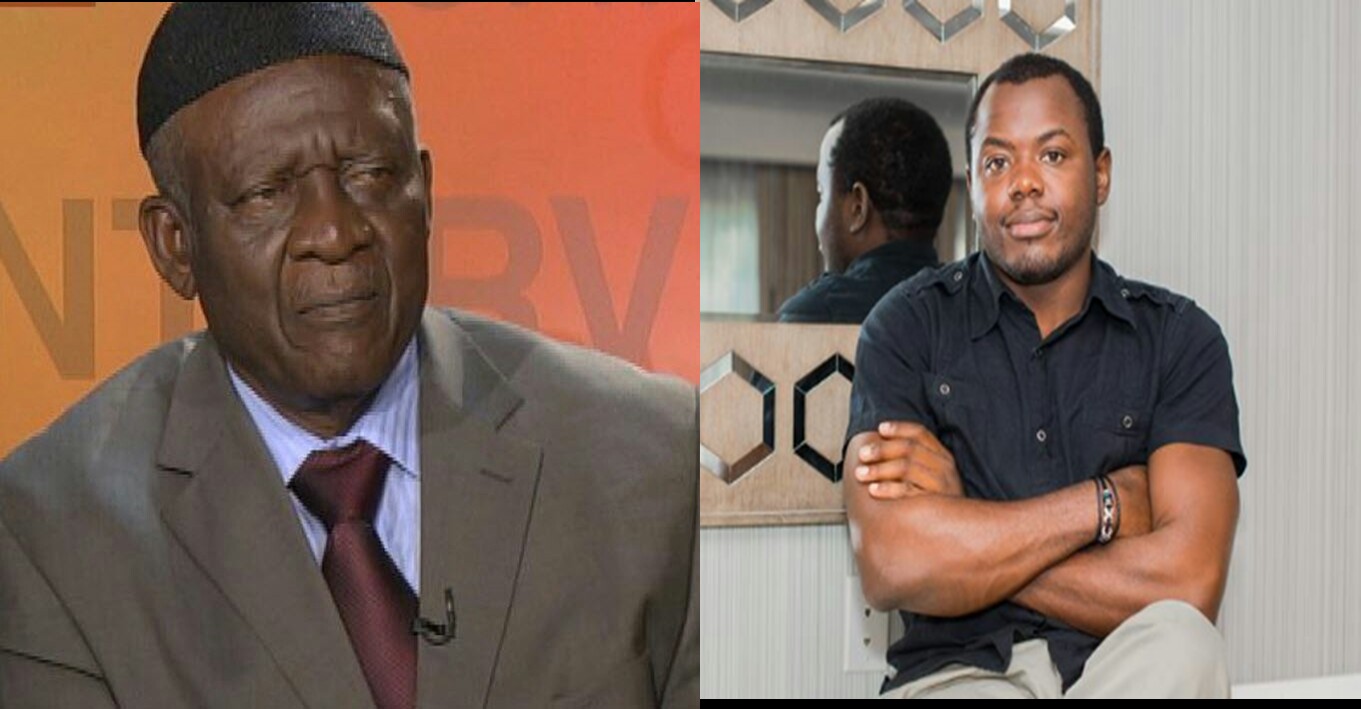 Opposition leader and Chairman of the SDF party has been on a serious rift after a speech early this week to the “diasporans” on the Anglophone issue.

Ni John Fru Ndi referred to the Diaspora-based activists of the current Anglophone Crisis as “Generals who have a blank sheet paper idea of how to load guns”.

He further added that the leaders act out of excitement and have little or no experience in the game.

His post on August 8 was a direct reply to Ni Johns statement early that week. This was also accompanied by the front cover of the Rambler newspaper with headline “Fru Ndi stings Noisy Diaspora Generals Who Cant Laod Guns” 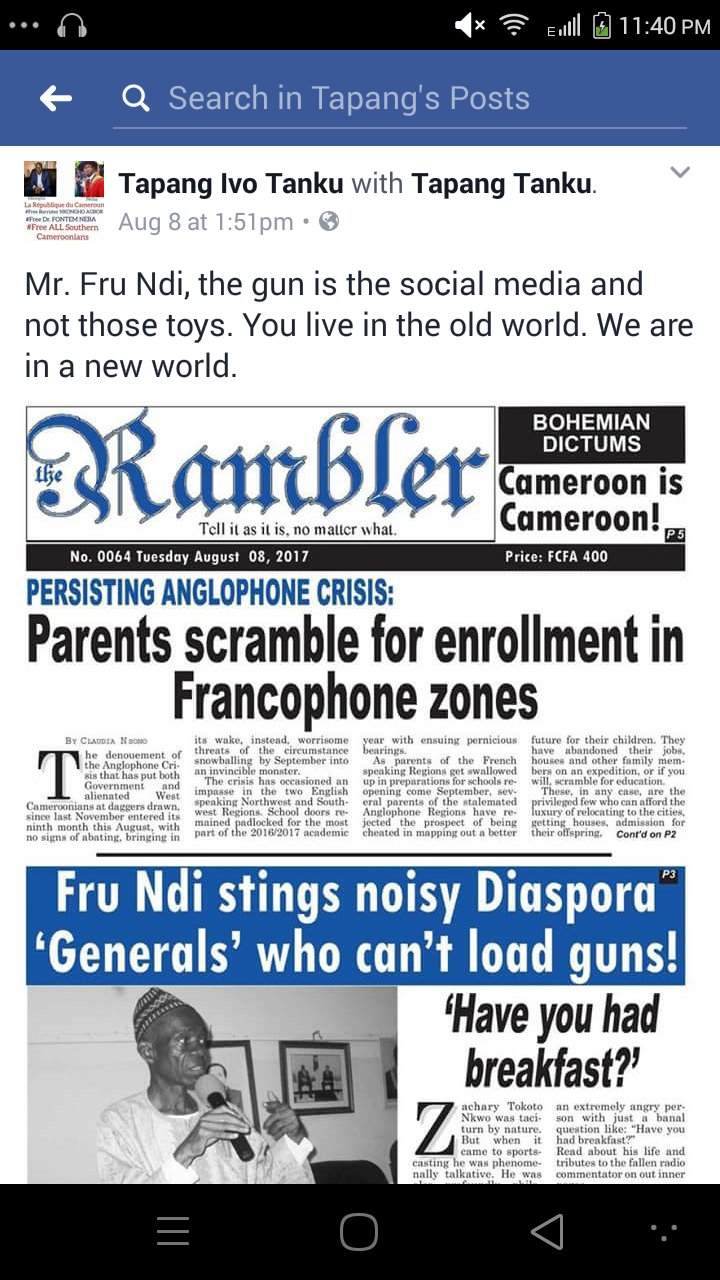 According to Tapang Ivo, the real gun is the Social Media and not the toys military men walk with.

No comments from our end!

More to eventually unfold and be rest assured you can get it first hand from us.